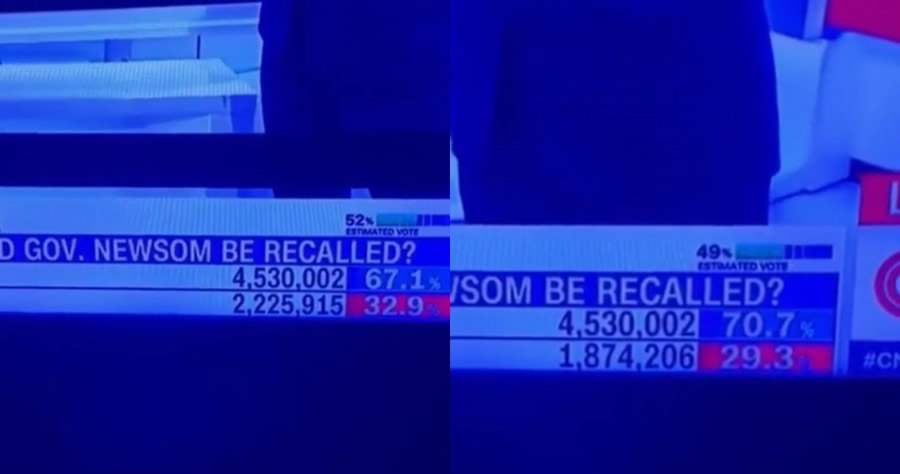 While CNN provided live coverage of the California Recall election for Democrat Governor Gavin Newsom, Americans at home noticed that over 350,000 “Yes” votes suddenly disappeared from the vote count.

“This happened during the 2020 presidential election too. Notice, it ALWAYS only affects Trump supporters and Republicans. Must be a coincidence, right?” reported Gateway Pundit.