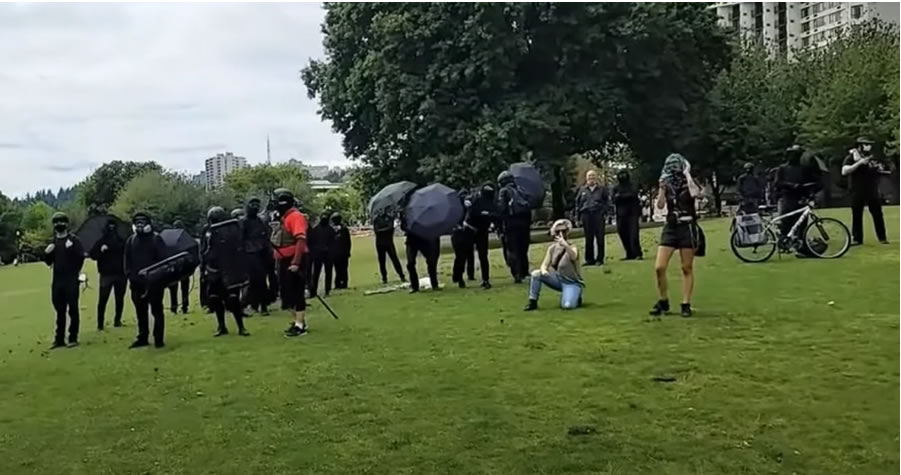 Appalling video shows Antifa militants attacking a group of Christians who were participating in a prayer event at a park in Portland, Oregon.

Outspoken Canadian pastor Artur Pawlowski organized a worship event at the Tom McCall Waterfront Park in Portland. Pawlowski has gained notoriety and a large following after he fought back against coronavirus crackdowns on in-person worship services in Canada.

Antifa allegedly targeted Christians, including children, in the park by throwing projectiles, including rotten eggs.

“Antifa just rolled in like an angry mob, started throwing flash bombs at everybody, macing everybody … rotten eggs,” a woman is heard saying on video. “They threw a flash bomb into a group of kids that were out there from four months old to like 10.”

Here is the flyer for the event, featuring Polish Christian pastor @ArturPawlowski1 pic.twitter.com/kIENHvcOjY