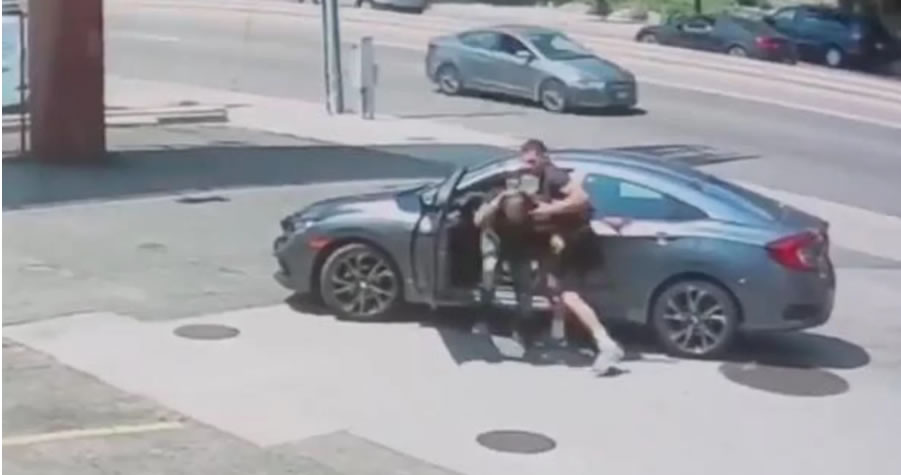 A crook in Denver learned a tough lesson Thursday: If you’re going to steal someone’s car in broad daylight, make sure it does not belong to a man who makes his living beating people in the Octagon.

UFC fighter Jordan Williams told ESPN that he stopped a man from jacking his car Thursday, and he posted security footage of the brief-but-impactful lesson he gave to the thief.

According to Williams, he had left his car running in the parking lot of his local Denver gas station while he ran inside to grab a drink.

As he left the store, Williams saw the man getting into his car and attempt to drive away, but because his car uses push-to-start technology, the car, while still running, was not drivable as long as the key was more than five feet from the vehicle.

“At first I couldn’t really believe it,” he told ESPN. “And then I was like, ‘Holy s**t, there’s someone really in my car.”