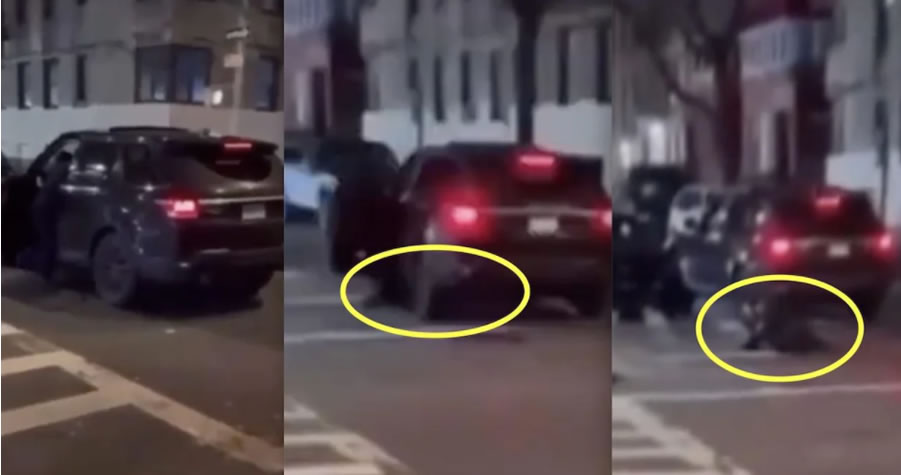 A New York City police officer suffered a broken ankle after a motorist dragged her down a Bronx street and ran over her leg after she slipped beneath the fleeing SUV.

Video released Tuesday by the NYPD shows the officer standing at the open driver’s side door of a black 2017 Range Rover around 6 p.m. Dec. 12 on East 194th Street at Briggs Avenue, the New York Post reported.

Suddenly the motorist hits the gas and drags the officer, who is seen slipping beneath the SUV.

Then the motorist runs over the officer. The vehicle hops as if it had run over a speed bump, and the officer is left in a heap behind the SUV and crying out in pain.

When NYPD cops attempted to stop a car with an expired, temporary license plate in the Bronx, the driver sped off dragging an officer — fracturing her ankle. The driver was arrested and the officer is recovering. Our message to criminals is clear: you will be apprehended! pic.twitter.com/kcasotLnQL