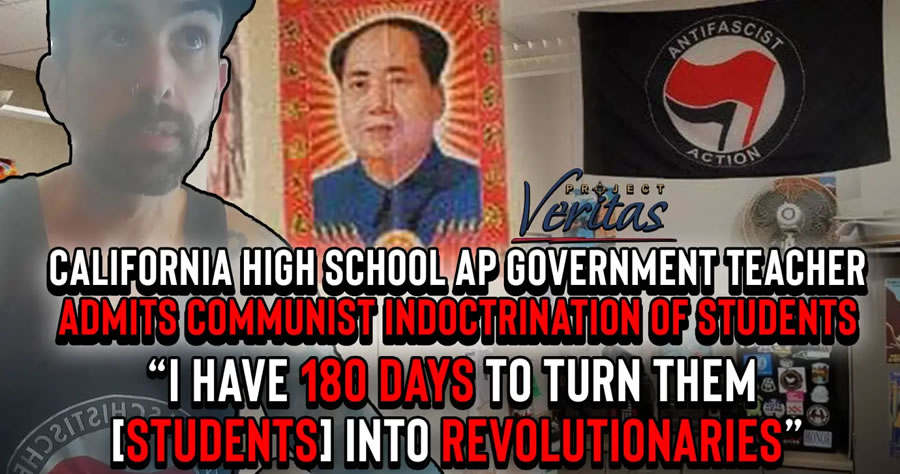 Gipe said that his intention is to radicalize students into supporting Marxist ideas by using the public school system as an avenue to incentivize them to participate in fringe extracurricular events.

“I have 180 days to turn them [students] into revolutionaries…Scare the f*ck out of them,” Gipe said.

“I post a calendar every week…I’ve had students show up for protests, community events, tabling, food distribution, all sorts of things…When they go, they take pictures, write up a reflection — that’s their extra credit,” he said.

Gipe said he keeps track of his students’ political inclinations. He is also perplexed when a student expresses discomfort with the decorations in his public-school classroom.

Antifa extremist & @NatomasUSD teacher Gabriel Gipe was approached by a black journalist. He & his wife, Elaine Nye (who he says shares his beliefs) walk away. Project Veritas also approached school for comment & they called police on the black reporter. pic.twitter.com/6aBXqpiHLV