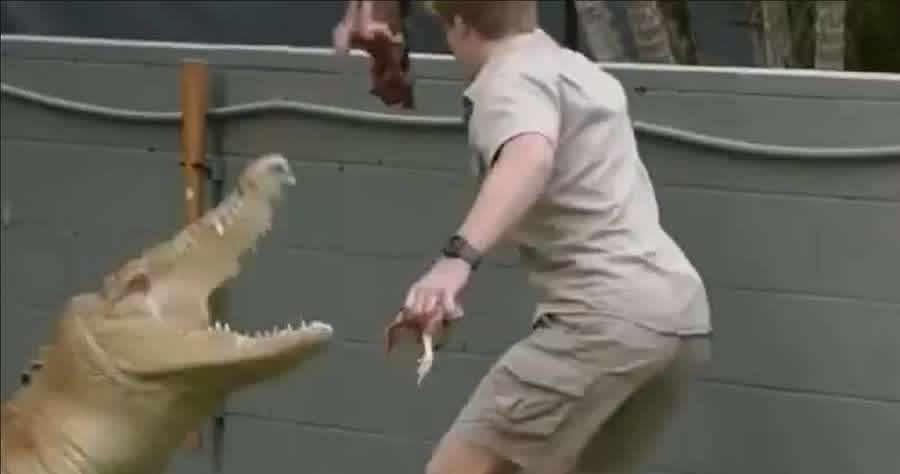 The son of the late crocodile hunter, Steve Irwin was chased by a croc while filming for a television series.

Robert Irwin was wrapping up the season finale of his series, “Crikey! It’s the Irwins,” at the Australia Zoo when a saltwater crocodile named Casper lunged at Irwin as he attempted to coax the reptile out of its enclosure.

The 18-year-old said in a three-minute video shared to his Instagram that he was feeding Casper for the first time in the crocodile’s new habitat.

“If he’s coming out of the water giving big strikes that means he’s going to be ready for the Crocoseum show,” the reality star said.

And that’s exactly what happened.

“Bail, bail, bail,” Irwin shouted to the cast and crew. Watch what happened below.