Viral Twitter Poll Demolishes Joe Biden; 85% Of Responses Give Him An “F” 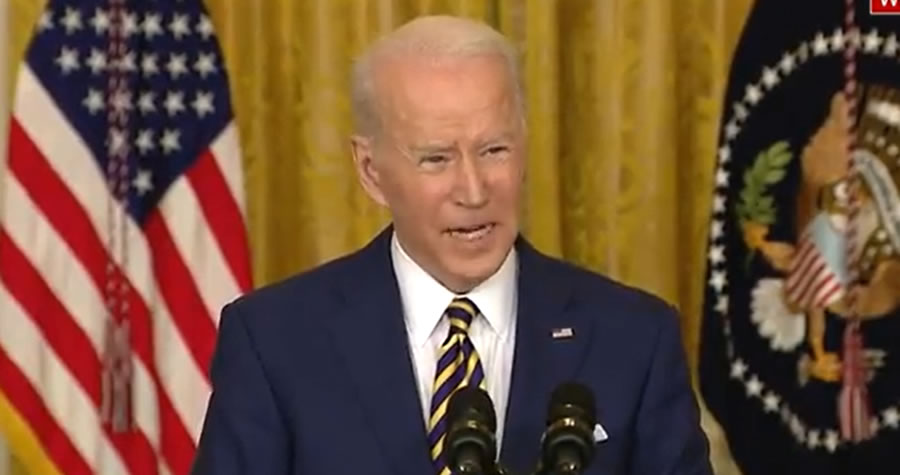 While we often complain about social media censorship, and it certainly is a real issue that needs to be dealt with, there are still some bright moments that pop up on Twitter from time to time. Whenever free speech breaks through the constraints imposed on it by secret algorithms and pernicious censorship, hilarious stuff ensues.

Recently, that has come to mean that Team Brandon gets absolutely wrecked by people online. First, that happened when Jen Psaki posted some stuping comment about snow and got utterly eviscerated by right-wing Twitter. It was hilarious and a wonderful example of online egg-throwing. Now, it’s happening again, this time to Brandon.

What happened was that Breaking911, a highly popular news account on Twitter, gave anyone and everyone a chance to rate Brandon’s job performance. No judgement, no Karen on the phone pressing you to give him a big thumbs up, no leading questions. Just a poll asking users to grade Brandon with an A-F letter grade. Here it is:

The result was massive. Utterly massive. Tens of thousands of users voted (~57,000 votes as of 5 pm January 20th, less than a day after it was posted).

B911 POLL: How would you grade President Joe Biden’s first year in office?

And what grade did they give him? A resounding, non-merciful F. As of the time of writing, 85.5% of voters gave him an F. And it wasn’t like the rest of the voters were super positive. The next highest number of people (9.4%) gave him a D, with a bit over 2.5% giving him a B and a similar number giving him an A. There was apparently no C option.

While the results of the poll were epic, the comments were almost as good. Here’s a selection of some of the better responses:

“Biden is the worst president in history. Worse than Jimmy Carter”

“Who said A? I’m gonna need to know what they are smokin?”

“We all know that Biden isn’t even in the White House. He’s being forced to read scripts written by the Davos group in front of a green screen”

“Is there something below F”

“D. Him and his administration have at least supplied us with comedy.”

“When you see the results of this poll remember that this is a much larger sample size than most media polls.”

“Let’s see how many commies, gaslighters, and woketopian pundits will claim that “this poll isn’t accurate.”

As the second to last comment points out, this poll is far, far larger than any carried out by a polling group, right or left. Is it perhaps more accurate because of that? It certainly speaks to public sentiment much more than any poll still claiming that Brandon has 40% approval or something equally ridiculous.

The simple fact is that he doesn’t; Brandon has destroyed his party and made a fool of himself. Right, left, or somewhere in between, no one likes him. Hence why over 85% of Americans are willing to give him an F on Twitter.