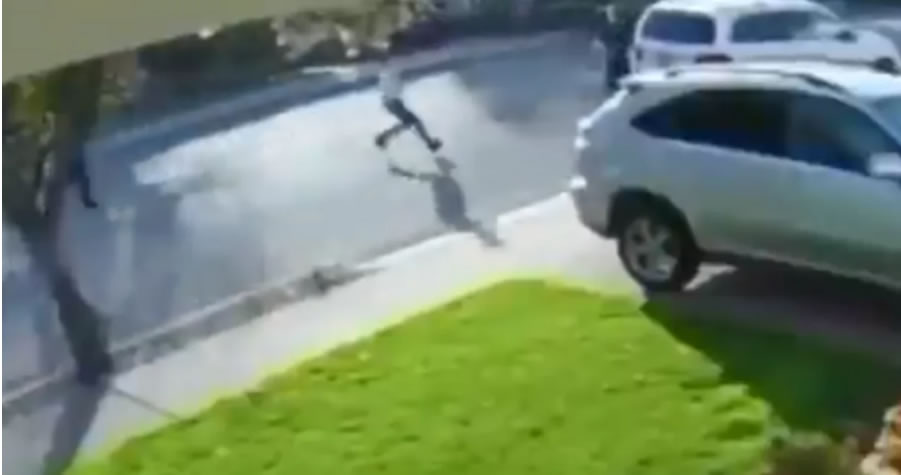 There is a video going viral on social media this weekend of an armed robbery that thankfully goes horribly wrong for the criminal. In the failed robbery video, the aggressor goes from tough guy to a crying baby running back to his mommy in eight seconds flat.

The video was uploaded to Reddit on Friday in the “Public Freakout” subreddit that has over 3.2 million members. The video is titled “Armed robbery in San Leandro, CA doesn’t go as planned.” The video made it’s way to social media platforms, where it racked up millions of views.

The robbery fail shows what looks to be a young teen running toward another person in the street. In broad daylight, the teen pulls out a gun to rob the pedestrian. With his arms extended, the teen points the gun directly at the victim, who then quickly turns the tables.

Kids tried to do a robbery.. went home to fill out hub applications.. pic.twitter.com/z8l9GAxP8R

Chalk one up for the good guys.

The video was shared on Twitter by Loni Love, an Emmy and NAACP Image Award-winning comedian and celebrity host.