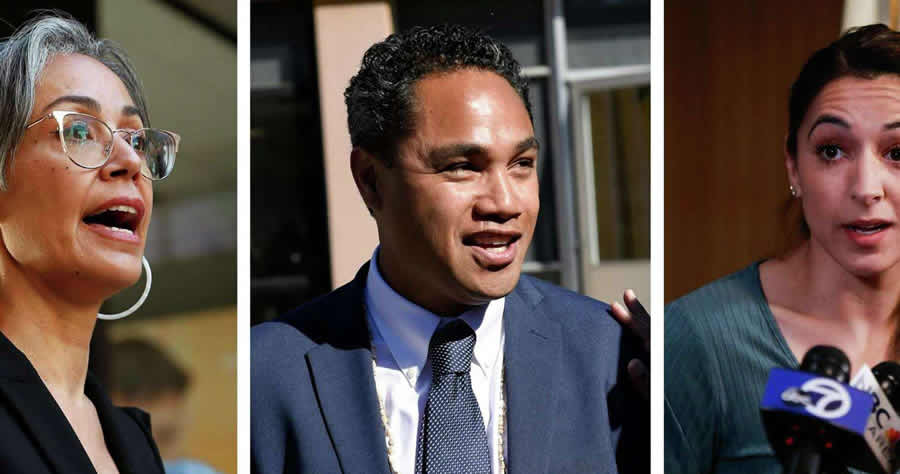 Residents in San Francisco voted overwhelmingly to boot three school board members from their positions following a sustained recall effort over the board’s plans — or lack thereof — to reopen schools, according to the San Francisco Chronicle.

San Francisco Unified School District (SFUSD) Board President Gabriela Lopez, Vice President Faauuga Moliga, and Commissioner Alison Collins were each booted from their positions by approximately 50-point margins, according to the San Francisco Department of Elections. Collins was ousted by the largest margin.

Siva Raj, a parent who kickstarted the recall effort, told the New York Post that it “is not acceptable to put our kids last.” Raj’s recall effort website stated that the board prioritized changing school sites over returning San Francisco children to in-person learning.

The board attempted to rename 44 school sites that were allegedly linked to racism, including schools named after former Presidents Abraham Lincoln and George Washington, as well as Democratic Sen. Dianne Feinstein. The district also faces a $125 million budget deficit, according to the New York Post.

It is a bloodbath in the San Francisco school board recall.

The school shut downs and absurd effort to rename Abraham Lincoln High were about as popular as sepsis in the bluest city in America. If this isn’t a wake up call to the activists pushing this stuff idk what would be. pic.twitter.com/k1ndGnR5Qi