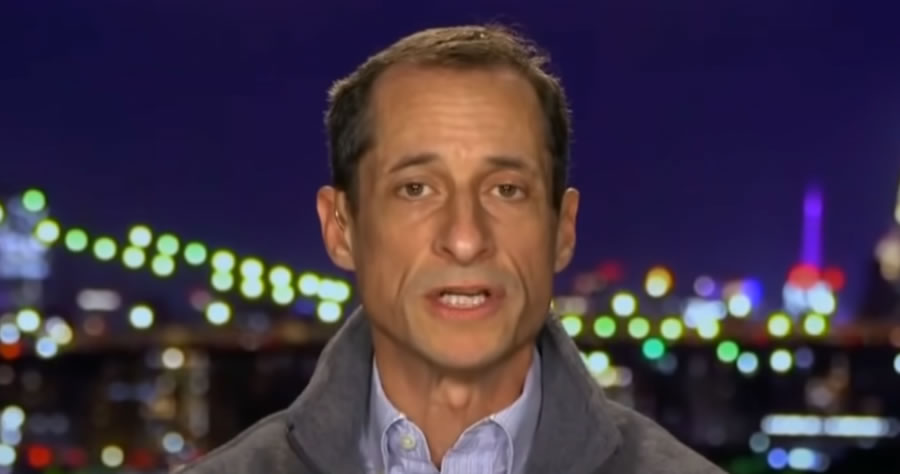 Not that thoroughly disgraced and hopelessly humiliated former Congressman Anthony Weiner (D-FOOL) is a card-carrying member of Mensa or anything, but even The Weiner Man™ — in all of his “Carlos Danger” glory days — did not appear to be stupid. Sexual weirdness and pathetic proclivities aside.

That said, I had to shake my head and wonder aloud, “What the heck was he thinking?” when I read that Mr. Danger showed up on Fox News’s “Hannity,” along with Curtis Sliwa, founder, and CEO of the Guardian Angels, to pimp their new show, “The Left vs The Right,” on WABC Radio.

Weiner told Hannity he was ready for “tough questions.” Let the show begin.

The ever-acerbic Hannity — this time, justified — went after Weiner right out of the gate, grilling the admitted sexual pervert on whether he has “changed” since he pled guilty in May 2017 to sexting (sending pictures of his junk) a 15-year-old girl.

Weiner said he’s “not out to persuade anyone” to feel differently about him, as reported by Fox News, after Hannity began to go full-metal Hannity on him.

Hannity kicked off the festivities, this way:

“I guess the first question that I have is you pled guilty, Anthony, to sending obscene materials to a young girl, 15-year-old girl … You served jail time. Have you changed? Are you a different person?

Weiner, sentenced to 21 months in prison, of which he served 18, was not expecting the question.

“Go through that type of experience”? The dude was designated a level-one sex offender upon release from prison. What about the 15-year-old girl, Weiner man? What kind of experience did she go through?

Hannity wasn’t having it, either:

Weiner said people can “judge for themselves,” adding:

I’m not out to persuade you or anyone else that I’ve changed. I mean, I am doing a radio show and people can call and ask me questions. We did one this past Saturday where people had an opportunity to call in and where Curtis asked me a bunch of questions and I asked and answered the best I can.

But in terms of like, I’m trying to draw someone, you know, I’m not trying to make someone like me or someone be persuaded of any particular outlook on me. We’re going to have some conversations about things going on in New York City and other places, and hopefully, people will tune in to the show.

But I’m not terribly interested in trying to make them feel any differently about me.