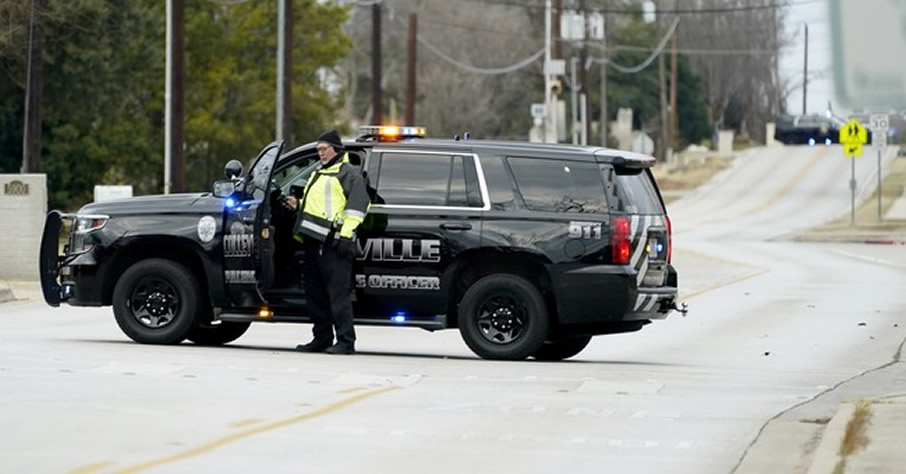 British national Malik Faisal Akram took four people hostage at Congregation Beth Israel synagogue in Colleyville, Texas. It lasted over ten hours. It had a good ending. All four hostages are alive and escaped injury. Akram is dead. Yet, we have new developments on how this whole saga ended. At least one was released, the other three were later released as well. That’s what was Initially reported. Now, it seems like the rabbi created the situation in which the hostages were able to make a break for it. In other words, the FBI lied again. Our friends at Twitchy had the breakdown:

Incredible: “When I saw an opportunity where he wasn’t in a good position, I made sure that the 2 gentlemen who were still with me, that they were ready to go… I told them to go. I threw a chair at the gunman and I headed for the door, and all three of us were able to get out.” https://t.co/wJBRKoeKxn

This is also an example of why it’s always worth waiting for the facts to come out in a breaking news story. Contrary to earlier reports, the Texas synagogue hostages weren’t released. They escaped. Wonder what else we don’t yet know. https://t.co/DTpmf3dXW0

So to sum it up, FBI let this guy in, let him get a weapon and let him get so far as taking hostages. Then, though they put on a show, the men saved themselves, no thanks to said FBI.
Useless outfit the FBI is.