Want To Take Back Control Of Your Kids’ Education From Indoctrinating Leftists? Here’s An Option 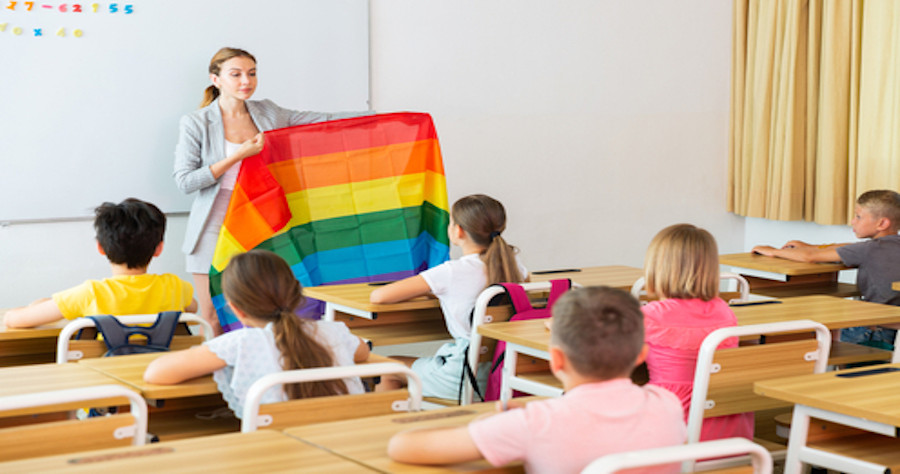 Between the influx of LGBTQ+ lessons and Drag Queen Story Hour, many parents are taking back full responsibility for what their children learn—and how they learn.

The COVID-19 lockdowns were both a blessing and a curse.

The painful curse arose because many children and teenagers struggled—very hard. For example, the sudden isolation was traumatic for some while their parents were away at work as doctors helping to save lives. Moreover, the struggle to cope with the loneliness spurred many youngsters to form eating disorders and even binge drink.

The lockdowns were a blessing in the sense that many parents figured out what their children were actually learning through online ‘Zoom’ lessons. Alternatively, some parents structured their lives to homeschool their children and build the kind of rapport that would have been practically impossible when running errands from 9 to 5.

The arrival of homeschool pods

Of course, not all parents could stay at home. Thus, the concept of “homeschool pods” burst onto the school scene following the start of lockdown.

Generally, families in a local area pull together and bring 5 to 10 children of a similar age group into a homeschool pod. For many, pods are a great way to prioritize children’s safety while engaging in a trusted community and supporting in-person learning.

An example of excellent American ingenuity, homeschool pods didn’t precisely originate from the need for homeschooling because of school closures during the lockdown but, most certainly, became more popular.

In the case of a learning support pod, parents keep their children enrolled in their local school; these pods are designed to help students learn together, and parents can support individual learning needs. While supervised by a parent or multiple parents, students work together on lessons and assignments that their existing schools provide.

One of the challenges with this setup is the parents’ dependency on the school curriculum, especially if they share a mutual concern about the flawed history and civic lessons that fail to evoke a deep respect and love of country, and the current state of sex education.

Many parents across America might recall the introduction—sorry, the indoctrination—of sexual lifestyles other than heterosexual and monogamous creeping into their children’s lessons since the mid-2000s.

Delivered as carefully crafted lesson plans of “loving different,” this was all happening when public opinion around homosexualism was changing and gay marriage was becoming legalized state after state.

Organized lesbian, gay and bisexual (LGB) activism successfully condemned many outspoken school leaders and concerned parents into silence, and demonized them as having hateful, bigoted hearts for not openly accepting a “different lifestyle choice that isn’t harming anyone else.”

But if well-meaning parents thought these lessons were meant to tackle discrimination towards people in same-sex relationships and that the constant rhetoric about “gay rights” would eventually end, they were sadly mistaken.

It was never meant to end; it was just the beginning.

In the last twenty years, we’ve seen the addition of the transgender ‘T’ and the queer or questioning ‘Q’, and most recently, the ‘+’ to represent other identities in LGBTQ+.

The aim: every sexual taboo has to be challenged, dismantled, normalized and promoted, and by doing so, destroy the remaining moral framework that is largely affiliated with Christianity from society.

Putting aside the published books for elementary school children that depict graphic sexual imagery of all orientations, and the acceptance of Drag Queen Story Hour into kindergarten and even Church, and the policies that allow middle school children to change their gender pronouns without their parental knowledge, the latest addition is a sex-ed animation instructing children that it’s ‘normal’ to watch pornography and then urges them to ogle at the intimate area of an animated man.

For parents who were adamant about raising a family in a socially conservative environment, the last straw may have come before their children were even born. For many, their tolerance grew shorter and thinner with every new promotion of sexual fetish behavior at a younger and younger age. For some parents, that last straw might have been today.

Any ‘inclusion’ and ‘diversity’ program that contributes to the breakdown of the traditional nuclear family, and actively diminishes the significance and celebration of manhood, womanhood and child-rearing, will be actively pushed into all schools across America. It’s not going to stop for as long as parents accept or feel they have no other option. It’s not going to stop until enough people who care enough about their children or their future family’s moral upbringing choose to end it.

In homeschool co-ops or a micro-school setting, parents are solely responsible for determining the curriculum, lesson planning and pedagogy, and teaching style in accordance with state laws and regulations.

These groups are usually run by one parent, who can stay at home, giving the other parents who have to work the ability to do so without much concern. In many cases, parents serve as educators, and in other circumstances, parents pull their resources to hire educators in their subjects of expertise.

Suppose families officially enroll in a micro-school and provide financial funding in exchange for a more formal education structure by hiring teaching services. Depending on the state, there might be a limit on the number of students who can learn together before the pod might be classified as a standalone private school.

In any case, homeschool pods can also function as remote learning programs where families regularly arrange to meet in person for specific lessons, allowing their children to develop much-needed communicational, social and team-building skills.

Homeschooling skyrocketed during the lockdown as many students and their parents discovered the unexpected joys (and challenges) of flexible and personalized learning.

According to a U.S. Census Bureau survey, families home-schooling at least one child grew from 3.3 percent before the lockdown to 5.4 percent in spring 2020 and 11.1 percent in fall 2021. In California alone, homeschool applications of private school affidavits for five children or fewer nearly doubled from 2018-19 to the 2020-21 academic year.

There has also been an uptake in homeschool co-ops. According to the U.S. Department of Education, 43 percent of homeschoolers participated in co-ops in 2019 compared to around 33 percent in 2016.

This, in part, could be driven by some families’ frustrations with recent federal mandates that target their children’s bodily autonomy. Lorene Foster, who runs a local clearinghouse for homeschooling resources and events in Northern California, often checks her group’s Facebook page. “Anytime there’s a new mandate or vaccine requirement, there’s another big jump in membership.”

Moreover, there is growing dissatisfaction with the public school system that contradicts many parents’ social and religious beliefs and the values they wish to instill in their children. Foster added that:

Parents would homeschool not because you were against something but for something…You wanted the flexibility, or more time with your kids, or a religious education.

Growing numbers of families across America are considering homeschooling pods and deciding if it’s the best option for their children, especially if traditional homeschooling might be impractical under current circumstances.

Suppose parents are still keen to remove their children from the current school system, but homeschool pods might not be appropriate due to location or finance. In that case, they are encouraged to keep looking for other options until they find or create the right learning environment for their children. No doubt it’s not going to be easy.

The more parents choose to opt-out of the public, charter or private school sector that are harmful to their children’s mental, social and emotional wellbeing, the louder is the signal to district leaders, state policymakers, and the U.S. Department of Education. It is a very polite finger sign to the establishment that they are not accepting and trusting the state’s education system to inspire and nurture their children—the right way.

One can hope that state policymakers can gauge parents’ sentiments and draw valuable lessons from those homeschool pods in building a more supportive infrastructure for families choosing to learn outside of the traditional education system. Alternatively, better still, they could look for ways to guard students against moral degradation and purge lessons from schools that have driven many families across America to take schooling matters into their own hands.