WaPo’s Professional Doxxer, Who Outed Libs Of TikTok, Just Made Another Outrageous Statement 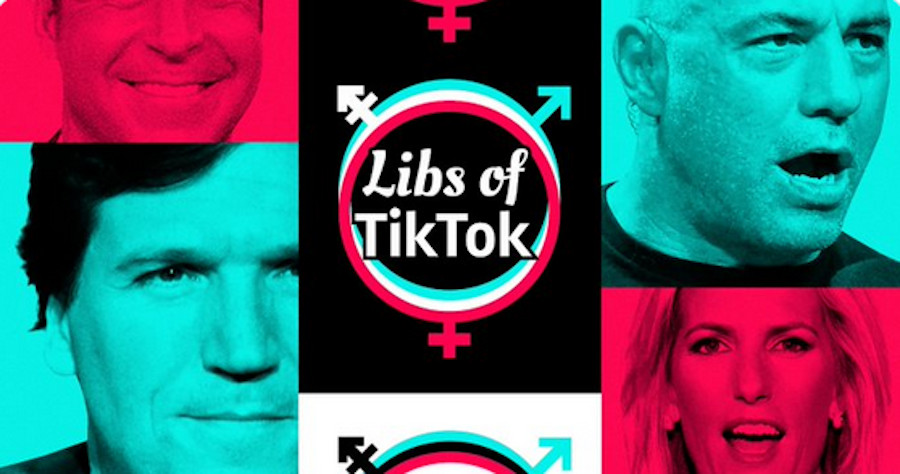 For most leftists, particularly those who reside in the echo chamber of the mainstream media and under the protection of Big Tech censorship, self-awareness has never been a key component of their skill set. The mindset apparently operates something like this:

I’m wonderful, only my opinions matter, all criticisms of me and my work are ill-founded. And for that reason, the ends justify their means, no matter how reprehensible those means may be.

Last week, Washington Post reporter (please, let’s stop calling her a journalist) Taylor Lorenz was the subject of widespread mockery as she was called out for some of the most outrageous media hypocrisy we’ve seen in years. To summarize, here’s a brief recap of events:

– Lorenz has been a relentless and vicious leftwing Twitter troll for years now.

– During one his shows a few months back, Tucker Carlson called out Lorenz for her double standards, social media activism and trolling, and unabashed leftist bias.

– Lorenz then went on MSNBC earlier this month to cry – yes, she literally cried – about the amount of “abuse” she received on social media after Carlson’s segment.

– Only days later, Lorenz then attacked MSNBC for how her segment was produced, blaming the waves of backlash she was receiving on the network’s production rather than her own disingenuousness and crocodile tears.

– Then last week, Lorenz published a report intended to subject someone else to the exact same vitriol she claims to have suffered when she wrote a piece exposing the identity, or ‘doxxing,’ of the owner and operator of a popular Twitter account known as Libs of TikTok.

Last week’s episode of Lorenz committing the very sin of which she accused her own detractors resulted in extensive criticism from those on the right and in the political center. But Lorenz and others on the left can’t hear those critiques. Reality has no place in the land of the left, a region that is dominated by the clowns on Twitter, and herein lies the catalyst for a complete lack of self-awareness.

Here is a tweet from Lorenz from this morning:

By letting third parties build moderation and safety tools, social media platforms could limit harassment — and give users more agency in how they engage https://t.co/ClyvSXE11V

Limiting “harassment,” Taylor? Really? Is that one of your primary concerns?

Meanwhile not only has Lorenz not backed off of her doxxing of Libs Of TikTok, she has pinned the initial tweet of her own harassment to the top of her account:

I wrote abt the account, the woman behind it, and why it matters 🧵https://t.co/p5dNT7Li1B

Defiant, aggressive, and utterly clueless: This is Taylor Lorenz, who is only one of thousands of media figures just like her. So, while Ms. Lorenz may be totally void of self-awareness, the rest of us must recognize the reality of these utterly duplicitous political hacks. They may want to disregard and hide their dishonesty, but we must hold them accountable for it.