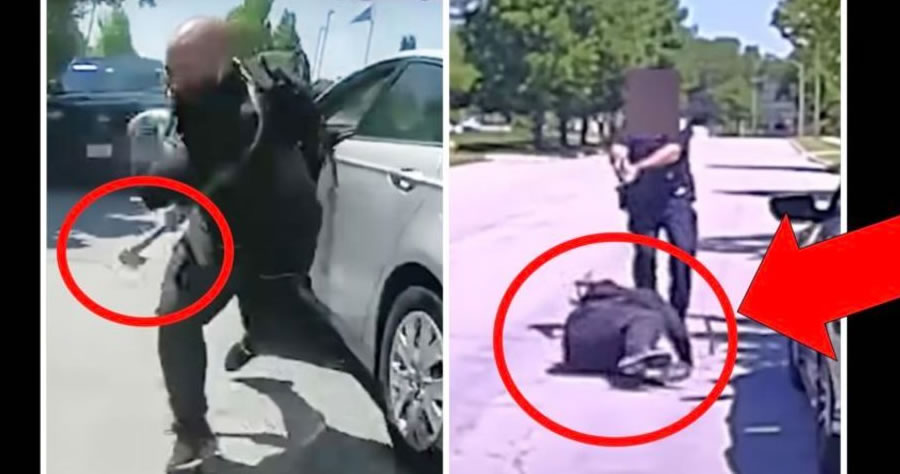 Intense video shows a police officer in Illinois shooting a man wielding a hatchet.
A Naperville police officer shot and killed a man who ran at him with a hatchet in early June, according to ABC7, and video from the incident has now been released by the authorities.
In body camera footage and video captured from his police car, you can clearly see a weapon in the man’s hand as he charges the cop. Without hesitation, the police officer killed the man with some mighty fine shooting.

Another classic example of playing stupid games and winning stupid prizes. If you charge anyone while carrying a hatchet, you damn sure better be ready to get lit up like a Christmas tree.

That’s especially true when you charge a police officer in the middle of a traffic stop.