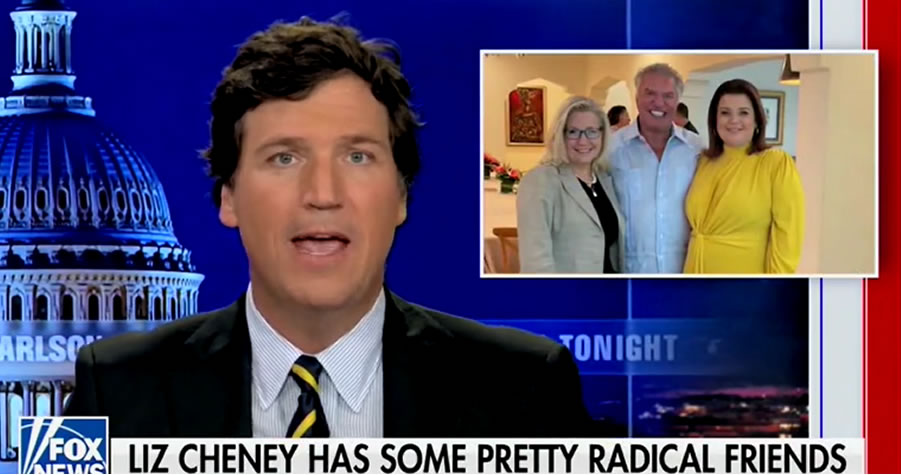 Fox News’ Tucker Carlson launched into critiques of CNN contributor Ana Navarro and GOP Rep. Liz Cheney of Wyoming during one segment of his Monday show, saying both have hugely damaged the country’s cohesion and social fabric.

After promoting his new three-part Fox Nation series “Patriot Purge,” which takes a look at the Jan. 6 riot and provides what he has described as new insight into the incident, Carlson said it is noteworthy to understand “who was so mad about,” it, a reference to Cheney.

“This is one of those moments when people reveal who they really are,” Carlson continued. “A bunch of people in Washington told you when we released the trailer, ‘You’re not allowed to see this.’ So Liz Cheney, for example, said that we should be fired, the show should be taken off the air for daring to look at what actually happened.”

Carlson’s comments were likely in response to remarks Cheney made last week online.

“It appears that Fox News is giving Tucker Carlson a platform to spread the same type of lies that provoked violence on January 6. As Fox News knows, the election wasn’t stolen and January 6 was not a ‘false flag’ operation,” Cheney — vice-chair of the House Select Committee on Jan. 6 — said on Twitter, also tagging News Corp CEO Rupert Murdoch and Fox News Media CEO Suzanne Scott.

It appears that @FoxNews is giving @TuckerCarlson a platform to spread the same type of lies that provoked violence on January 6. As @FoxNews knows, the election wasn’t stolen and January 6 was not a “false flag” operation. @rupertmurdoch @jayawallace @Suzannescott @SpeakerRyan https://t.co/ODKZFVUFBa