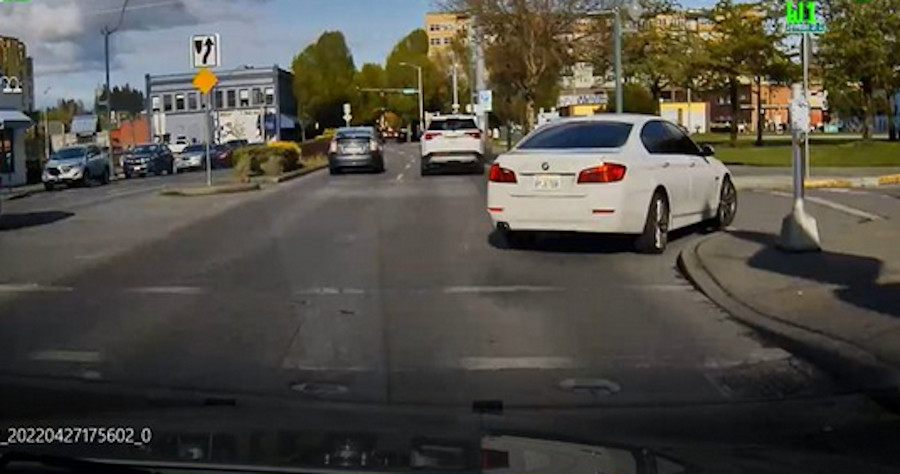 Drivers in Washington are increasingly refusing to stop for law enforcement, and many believe that this behavior is related to a restrictive pursuit law passed last year.

According to NW News, the Washington State Patrol (WSP) has recorded a whopping 934 failure-to-yield incidents between January 1 and May 17 of 2022.

While these types of incidents have not been tracked in the past, veteran troopers are reporting that this number represents “a dramatic uptick in drivers fleeing traffic stops.”

“It’s happening three to five times a shift on some nights and then a couple times a week on day shift.”

Other departments are noticing the same trend.

Puyallup Police Chief Scott Engle pointed out in an email that this trend was new and different, saying:

“I could 1,000,000% say this is completely absolutely emphatically totally unusual.”

Also, in Lakewood, Police Chief Mike Zaro told NW News that “drivers are refusing to stop for his officers on average once a day.”

“A lot of times they’re stolen cars; sometimes we don’t know what the deal is.”

Steve Strachan, executive director of the Washington Association of Sheriffs and Police Chiefs, confirmed that failure to stop for law enforcement is becoming increasingly “common,” reporting that he hears failure-to-yield stories “from his members across the state.”

NW News reports that Strachan is among many in law enforcement who believe that the increase in failure-to-yield incidents is related to the passage in 2021 of House Bill 1054.

This bill contained multiple police reforms, including limitations on restraints and tear gas, and the banning of the acquisition of or use of “military equipment.”

In addition, the bill declared: “A peace officer may not engage in a vehicular pursuit,” except in limited circumstances.

Those circumstances include a “reasonable suspicion” that the driver is driving under the influence, the person is an “imminent threat to the safety of others,” or the person has committed or is committing a “violent offense or sex offense.”

Even with permission from a supervising officer to engage in pursuit, the bill still imposes restrictions. The officer and supervisor must consider alternatives and weigh all options and safety considerations before the pursuit is engaged.

For example, Strachan told of a March 2022 incident with a driver with a suspended license.

The driver, who was being pursued by Redmond police, called 911 and cited House Bill 1054.

“I’m driving suspended, he’s not going to get me.”

“He’s not going to get me; it’s a violation of [House Bill] 1054.” In March, a driver called 911 to say they weren’t going to stop for an officer and cited WA’s new pursuit law. Police say they’re seeing an epidemic of failing to stop: https://t.co/LPYYrPyplK #waleg #wagov

Strachan said of these events:

“We have seen a significant change in the environment out there where the word is out … about this restriction.”

According to NW News, minority Republicans were critical of HB 1054.

Rep. Gina Mosbrucker, R-Goldendale, the ranking Republican on the House Public Safety Committee, called the police reform laws “a colossal risk to public safety and the lives of our officers and citizens.” She called for a special session to change the new laws.

In fact, the Washington House and Senate did pass a bill that NW News notes “would have amended the new pursuit law in response to concerns from police that it was too restrictive.”

Unfortunately, the final version of the bill died in the Senate.

Those changes easing restrictions on policing were opposed by those who pushed for police reform.