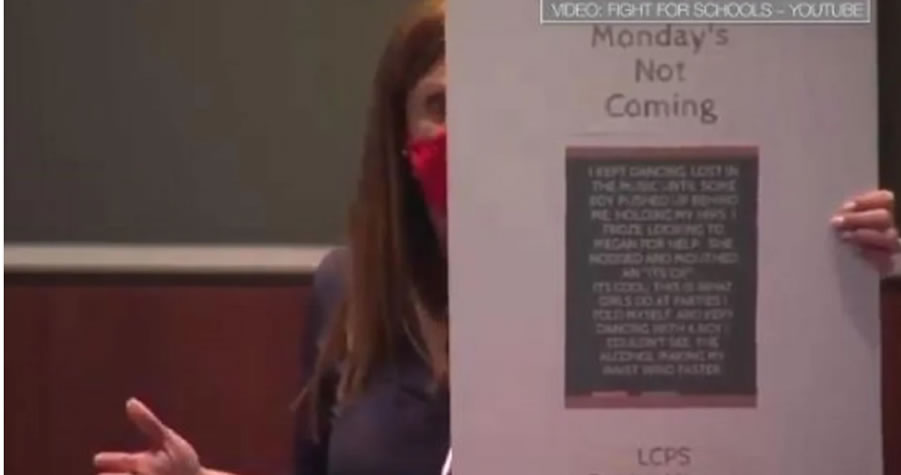 A group of furious parents lined up before Virginia’s Loudoun County School Board this week to read several “pornographic” passages from books assigned to ninth graders in the district, amid a recall effort against several of the board’s members.

In a clip from Tuesday night’s meeting provided by Media Research Center, the first mom reads from a book describing a domestic violence scenario where the narrator talks about a female “coming out of some car in these tight-a** little shorts…telling me she’s going to leave me.”

“I grab her by the neck and start punching her,” the mother continues to read. Later, the narrator describes keeping the female “in a closet for a couple of days” where “she kept on screaming, begging to be let out. Begging for water.”

When asked for reaction by Fox News, Loudoun County Public Schools pointed to a news release published Wednesday where the district reminded “parents that if they feel a book is not appropriate for their student” they may “submit a formal request for the Reconsideration of Instructional Materials.”

One parent, who did not want to be named, told the outlet, “This is the same district that banned Dr. Seuss and ‘Huckleberry Finn’ as being ‘offensive,’ yet they’re having children read pornography that violates every code of conduct in their sexual harassment training.”