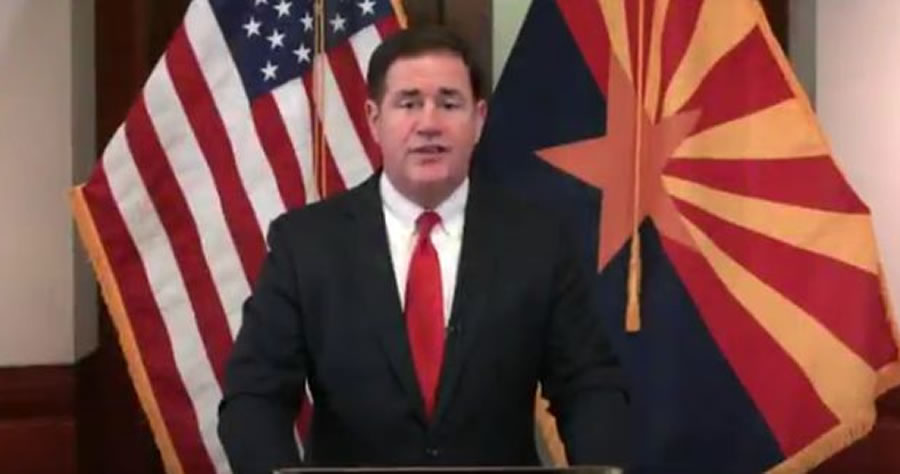 Ducey Is Tired of Waiting for Biden to Address Border Crisis
Lost amid all of the hubbub of the Derek Chauvin verdict on Tuesday afternoon was Republican Arizona Governor Doug Ducey announcing that he has had enough of waiting for the drooling husk who occupies the Oval Office to take action on the worsening crisis at the Mexican border.

Biden’s only contributions to the situation thus far were first to put Vice President Kamala Harris in charge of it, only to have her promptly disappear. He then decided to alleviate the humanitarian crisis by ordering law enforcement to use more “inclusive language” when referring to illegal aliens.

Ducey said he was issuing a Declaration of Emergency and deploying the Arizona National Guard to the border. While making the announcement, Ducey made no effort to hide his irritation and frustration with the Biden administration, saying, “It’s clear that they have no plan. They can’t even agree whether this is a crisis or not.”

Once more, with feeling: it is most definitely a crisis.

NEW: The federal government won’t act — but Arizona will. To address the crisis at the border, I’ve issued a Declaration of Emergency and am deploying the brave men and women of our @AZNationalGuard to support law enforcement efforts and protect Arizonans. pic.twitter.com/EdFkiM2C5t