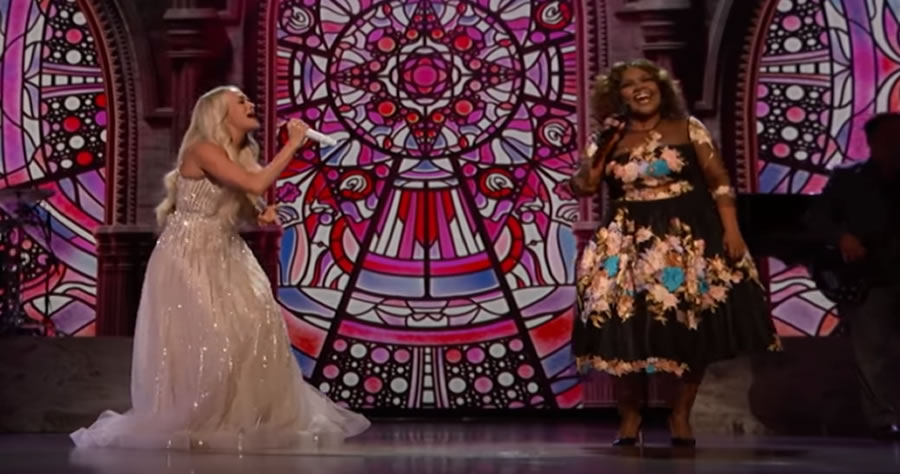 Carrie Underwood took the ACM Awards to church on Sunday night, performing a medley of songs from her new gospel album, My Savior, with special guest CeCe Winans. On stage at the Grand Ole Opry House in Nashville, Underwood began the performance solo, giving an acapella rendition of “Amazing Grace.”

After her band began to play, Underwood moved on to “Great Is Thy Faithfulness,” singing the first verse and chorus of the hymn before introducing “the legendary CeCe Winans,” who joined her on stage to finish out the song. Next was “The Old Rugged Cross,” which brought a gospel choir out to sing with Underwood and Winans as the background behind the performers changed to an image of stained glass windows. After Winans left the stage, Underwood concluded the medley with a ceiling-shattering rendition of “How Great Thou Art” with the choir.