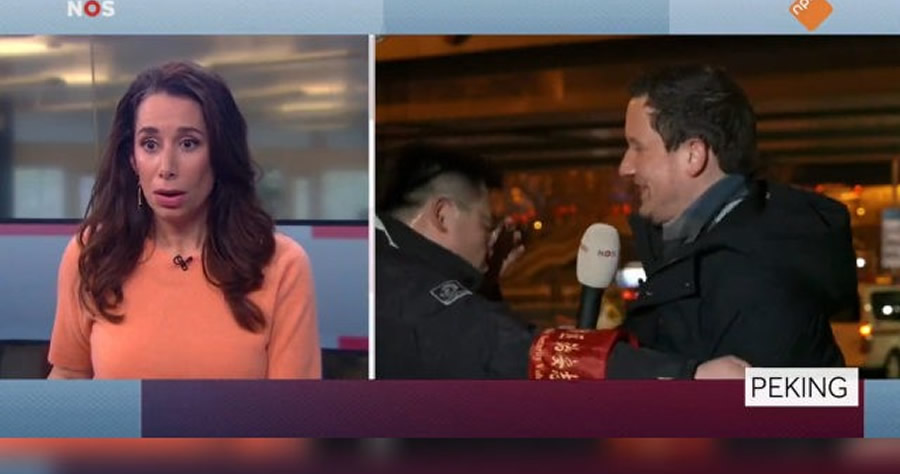 A reporter for a Dutch news outlet was dragged away on video by a Chinese security officer outside the arena during a live broadcast of the Beijing Olympics opening ceremony on Friday.

The reporter, Sjoerd den Daas, of NOS Nieuws (Nederlandse Omroep Stichting, a member of the Netherlands Public Broadcasting system) is seen in the clip being shoved and herded away from his camera by a Chinese security agent in a black jacket and red armband.

It is still unknown exactly what rule the reporter broke, and he was not detained, but the outrageous clip is evidence that the Red Chinese will brook no freedom of the press during the genocide games.

In its Tweet of the video clip, NOS wrote: “Our correspondent [den Daas] was pulled away from the camera by security guards at 12:00 pm live in the NOS Journal. Unfortunately, this is increasingly becoming a daily reality for journalists in China. He is fine and was able to finish his story a few minutes later.”