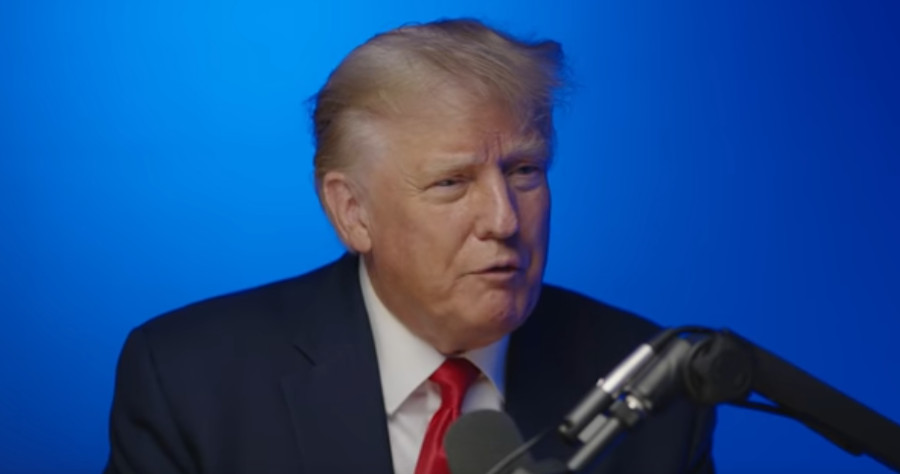 In an interview with the RNC’s Ronna McDaniel, on her podcast Real America, Donald Trump applied his often-correct political prescience onto the global stage. The forecasting is tragic and dire.

In the year since Joe Biden was inaugurated, the number of new international catastrophes has unraveled out of control. Biden withdrew calamitously from Afghanistan. Biden allowed athletes to participate in the China-hosted Olympics despite their playing a monumental role in releasing Covid upon the world and imprisoning millions of Muslims Uyghers. Iran, Venezuela, and Russia are getting immensely wealthy off inflated oil prices as a result of Biden’s killing of American energy independence.

The conversation between McDaniel and Trump naturally covered the explosive situation in and around Ukraine, with Russia’s emboldened attack on the beleaguered nation ostensibly a result of Biden’s perceived – and very real – weakness. Breitbart reported on the interview, writing that the podcast shifted gears into what might happen next.

“Trump added that he believes the Chinese Communist Party will “be making a move soon” against Taiwan. “China is going to make a move — and a very strong move — on Taiwan,” Trump said. “I would say sooner rather than later. Now the Olympics — I would say after the Olympics — now that the Olympics is over, they see what fools we made of ourselves in getting out of Afghanistan and the way they got out. I got it down to 2,000 soldiers and the rest was easy. There’s never been anything so mishandled, so bungled, so incompetent.

I think actually a big reason why the problem you have with Ukraine — I think when Putin and when Xi and when Kim Jong-un and when the Iranians are watching that, the Iranian leaders, I think they saw what happened in Afghanistan — and I think that gave them a new sense of power and dignity.”

It’s not like any of this is rocket science. Strong and ruthless leaders like Putin, Xi, and others don’t respond to weakness and indecisiveness. They only speak a language of power. In their world, the choice is binary: Dominate or be dominated. Coming to power in countries like Russia and China speaks to their formidable presence. They have battled internally so much; does anyone think they concern themselves with a mentally unfit and spineless wimp like Biden? He’s a ragdoll for powerful people.

As bad as Putin and Xi might be, the real enemies are Democrats who enable such evil to do as it pleases. Bretibart continued with the interview:

But when you look at the damage this man and this administration has done, if you take the worst five presidents in the history of our country and add them up together, you haven’t seen damage like this. There’s never been anything like it. This country is so badly hurt. Plus, it’s lost its confidence. America has lost its confidence, it’s lost its self-respect. It’s not respected anymore in the world. They’re laughing at us.”