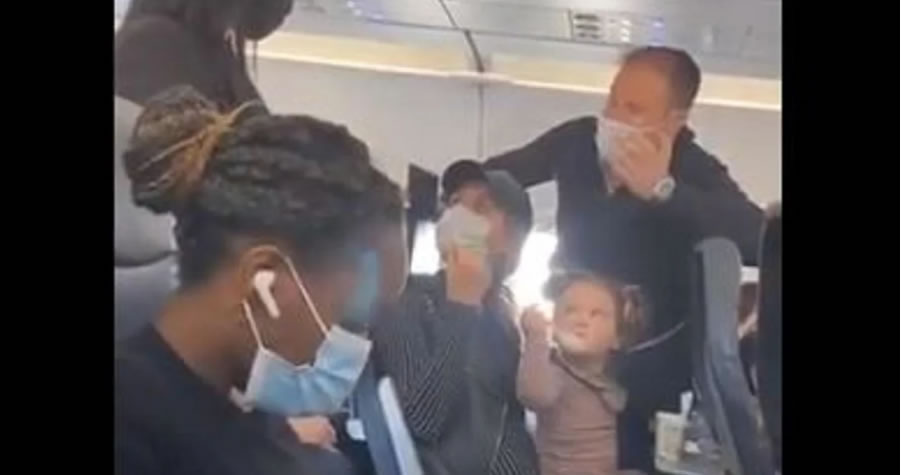 A video went viral Monday showing a family being temporarily booted from a Spirit Airlines flight over alleged mask violations, sparking outrage on social media as a flight attendant was seen noting that the couple’s 2-year-old was not wearing a facial covering while she was eating.

The airline said the situation had nothing to do with the toddler, but that compliance with the federal mask mandate was the issue.

Initial footage circulated online showed a flight attendant approaching a couple and asking them to “pick up [their] stuff” and get off the plane due to “non-compliance with the masks.”

The husband and wife argue that they have been wearing their masks, and the attendant points to their toddler — who is seen eating with a spoon — and says, “she’s not wearing a mask.”

WATCH THIS: A family was just kicked off a @SpiritAirlines flight from Orlando to NY, because their two-year-old child who was eating, wasn’t wearing a mask. The mother is 7 months pregnant, and they have a special needs child. The entire flight was deplaned. pic.twitter.com/dcjLIEbDfA