WATCH: Kamala Harris Appears To Have To Remind Joe Biden To Talk About Florida Building Collapse 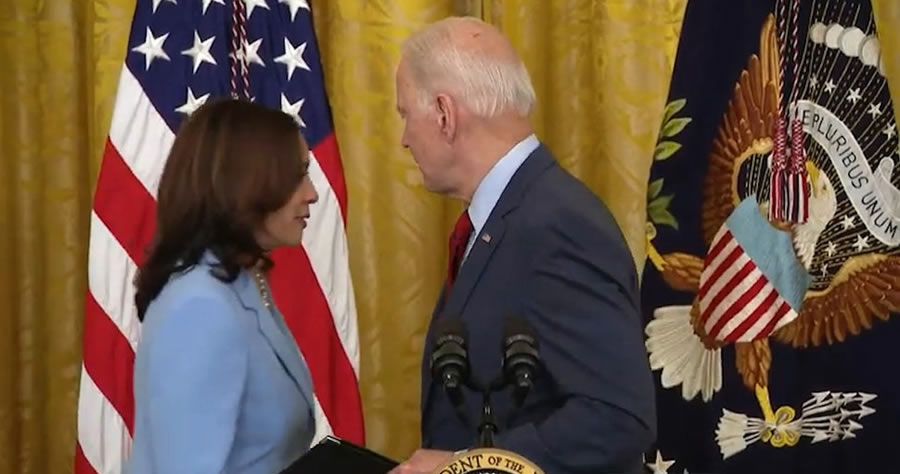 Vice President Kamala Harris appeared to have to remind President Joe Biden to talk about the tragedy that happened in Miami, Florida, on Thursday morning when a condominium partially collapsed.

“So, again, if it turns out that what I’ve done so far — what we’ve done so far is a mistake, it’s going to show,” Biden said toward the end of his press conference on Thursday afternoon. “It’s going to show. The economy is not going to grow, like it wasn’t before. People aren’t going to have jobs with increased pay, like it was before. People are going to be out of work, like it was before, with no options. Unemployment is going to continue to climb, instead of continue to go down. If that happens, then my policies didn’t make a lot of sense, but I’m counting on it not. That’s my counting how it’s working.”

“I’ve got to get a helicopter [inaudible],” Biden concluded. “Thank you.”

At that moment, Harris is seen approaching Biden before he leaves the podium and telling him something — at one point, it appears as though she says the word “Florida.”