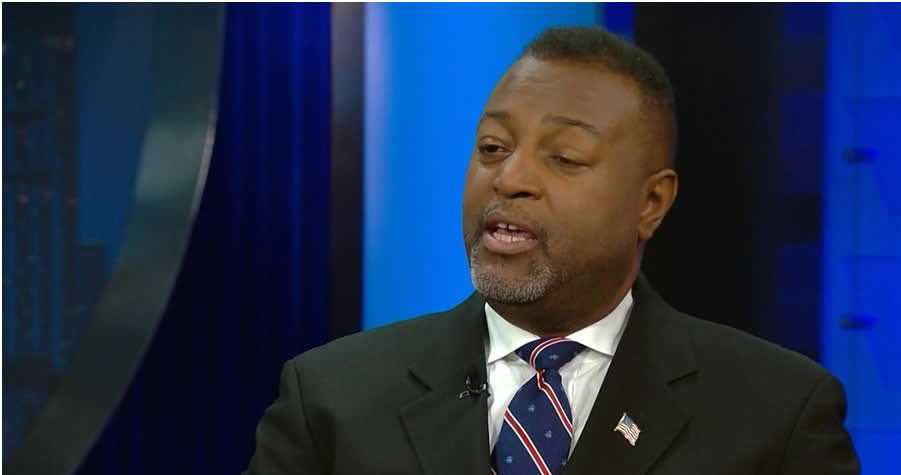 Apparently still smarting from his recent debate with Ben Shapiro, MSNBC contributor Malcolm Nance lashed out against “the Republicans’ supposed top intellectual” — before proving the point Shapiro made during their televised clash.

Nance and Shapiro had a heated and wide-ranging dialogue on the August 6 episode of HBO’s “Real Time with Bill Maher.” Shapiro won such widespread approval for his discussion of Critical Race Theory, the January 6 riot, and falsely labeling one’s political opponents as terrorists that Nance claimed (without evidence) that “bots” drove the online acclaim.

Apparently, the experience of debating Ben Shapiro made such a deep impression that it remained on Nance’s mind 13 days later. Nance cited his clash with Shapiro, the host of the “‎The Ben Shapiro Show” and editor emeritus of The Daily Wire, on Thursday’s episode of MSNBC’s “The ReidOut.”

Nance responded to host Joy Reid’s outrage that the government had not held “daily press conferences every day” about the nearly seven-month-old D.C. riot.

“It’s absolutely amazing that, while we’re going through this paroxysm in Afghanistan on incompetence or lack of planning, I mean, we had the same thing at the Capitol,” Nance asserted.

“The biggest part of the Big Lie is ‘Phase 2,’ this denial strategy they have–believing that nothing happened,” @MalcolmNance says of Jan. 6 deniers. #TheReidOut #reiders pic.twitter.com/dSrIhMgCgL

As The Daily Wire reported on August 6, Shapiro did not deny the number of people who attended the “Stop the Steal” rally on behalf of President Donald Trump; he merely noted that the majority did not enter the U.S. Capitol by force:

NANCE: How many people came to that rally?

SHAPIRO: Were all of those people assaulting the Capitol? Is that your contention now?

NANCE: They all marched on the Capitol and then the leading–

SHAPIRO: They all marched on the Capitol? That’s just inaccurate, Malcolm.

SHAPIRO: Yes, it is inaccurate, Malcolm.

SHAPIRO: Yes, you’re not mentioning them.

“I’ll tell you why this is an important thing,” Shapiro told Nance. “Malcolm, you have a terrible habit of conflating people who do actual violent activity with a broader rubric of everyone, for example, who voted for Trump, which was 75 million people. And that really is ugly.”

“You’ve tweeted about me, for example, that I’m such a racist I shouldn’t be allowed in Washington, D.C. That sounds rather authoritarian in attitude to me,” he concluded.

Malcolm Nance proceeded to make Ben Shapiro’s case. In response to Shapiro’s claim that Nance painted with too broad a brush, on Thursday, Nance seemed to claim that 75 million Trump voters hope to stoke mass outbreaks of mob violence.

“We should stop referring to the Republicans as being like the Taliban. They’re not,” Nance told Reid.

“They’re more like Sinn Fein, the political branch of the provisional Irish Republican Army, and who represents their interests as they carried out the insurgency against Great Britain in the 1970s, ‘80s, until it all was settled in the 1990s,” Nance claimed, repeating a talking point he had used previously on MSNBC.