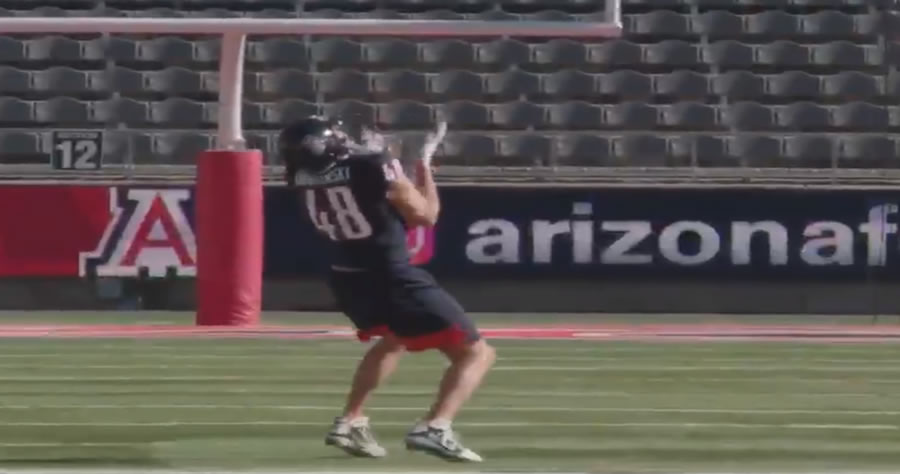 Special teams work isn’t typically a priority in college football spring games, but Arizona made a party out of a unique special teams stunt on involving legendary former Wildcats star Rob Gronkowski ahead of the spring game this year. The four-time Super Bowl winner was supposed to just be a guest coach for the scrimmage on Saturday, facing off against fellow former Arizona and New England Patriots star Ted Bruschi.

However, when Gronkowski walked onto the field at Arizona Stadium in pads on Friday, it was clear something was up. Way up, actually. To be exact, a football was 600 feet up in a helicopter circling the stadium, and Gronkowski’s mission was simple. The 31-year-old NFL superstar was tasked with setting a Guinness World Record for “the highest altitude catch that’s ever been done in the world,” as Arizona coach Jedd Fisch described it.

Rob Gronkowski and Tedy Bruschi are the honorary head coaches for the University of Arizona’s spring game. But before the game, Gronk set a world world record because…he’s Gronk. pic.twitter.com/RuSCZPUFQU