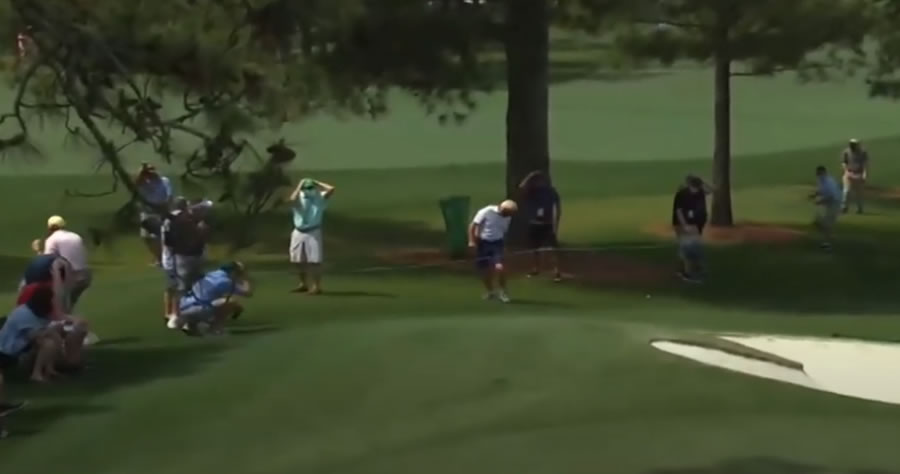 If Rory McIlroy ends up winning his first green jacket this week, he and his father will have quite the story to tell about Thursday’s seventh hole.

During the opening round of the 85th Masters Tournament at Augusta National Golf Club, McIlroy found himself behind a tree on the par-4 seventh, leaving a difficult shot to the green. At 2 over after consecutive bogeys, McIlroy attempted to draw a shot around the tree but instead missed right, hitting a patron on the fly in the leg.

Turns out, that patron was none other than Rory’s father, Gerry, who took the plunking like a champion.