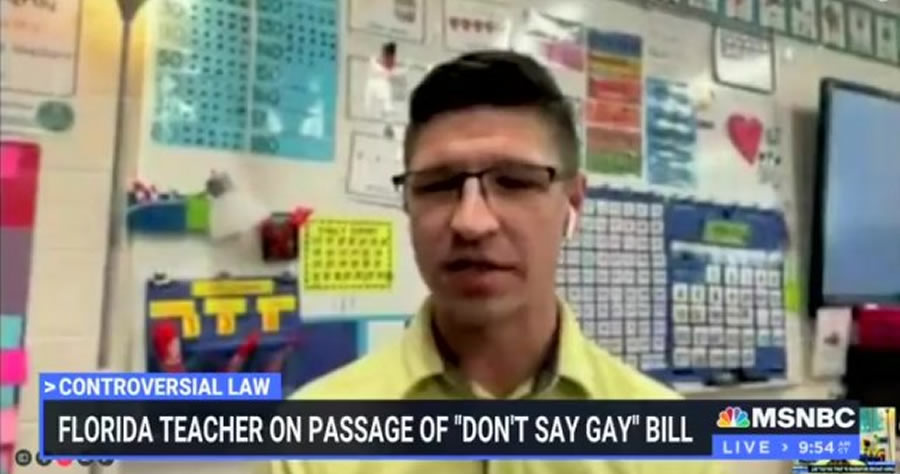 The Parental Rights in Education Bill is now the law of the land in Florida and the radical sex and gender crowd has been triggered.

Their cronies in the mainstream media labeled the bill as the “Don’t Say Gay” bill – but the word gay is never mentioned in the legislation.

The law bans educators from teaching about gender identity and sexual orientation in grades kindergarten through third grade.

It also allows parents to have a say in what their kids are learning. Sounds pretty reasonable to everyone except the radical sex and gender revolutionaries.

“It truly makes me feel like I am not trusted as a professional,” he told MSNBC. “Nowhere in our curriculum does it have anything about teaching sexual orientation or sexual identity.”