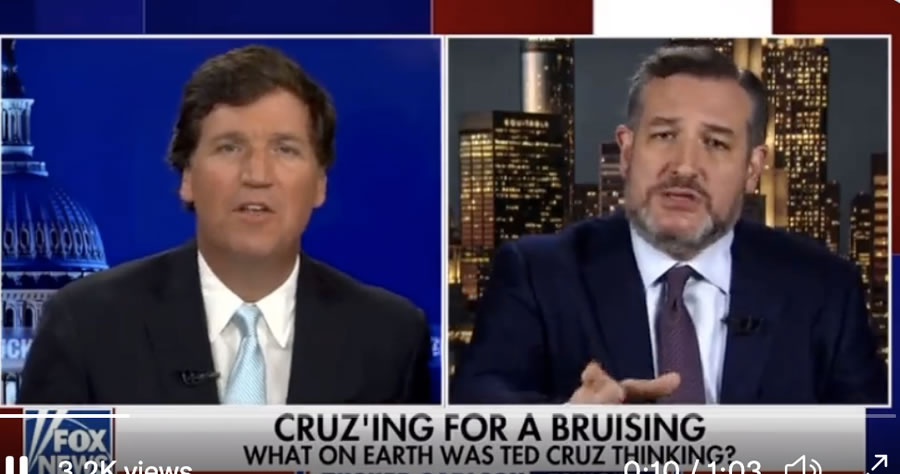 Carlson confronted Cruz over his remarks made at a Senate Rules Committee hearing with U.S. Capitol Police Chief Tom Manger on the eve of the Capitol riot’s one-year anniversary. The Texas senator called the Jan. 6, 2021, incident “a violent terrorist attack on the Capitol” and honored law enforcement officials’ “incredible courage.”

“You never use words carelessly and yet you called this a terror attack when by no definition was it a terror attack. That’s a lie. You told that lie on purpose and I’m wondering why you did,” Carlson said.

“The way I phrased things yesterday, it was sloppy and it was frankly dumb—” Cruz said.

TUCKER: You called this a terror attack…That’s a lie.

CRUZ: The way I phrased things yesterday, it was sloppy and frankly it was dumb..

I really hope that Ted Cruz has enjoyed his time in politics… Tucker Carlson just handed him his retirement tonight.

So far Cruz’s clean up on aisle 5 is not going well.#Tucker