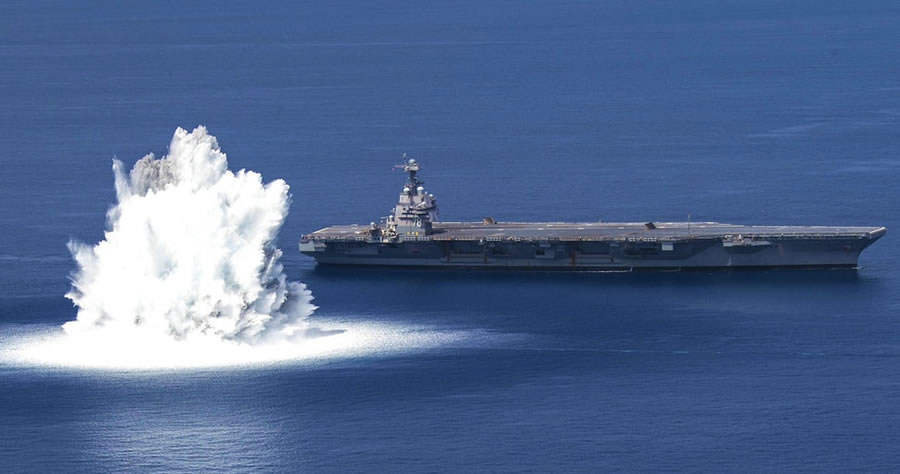 The U.S. Navy conducted underwater explosive tests to ensure that the USS Gerald Ford was battle-hardened for the conditions that it will face on the 21st century battlefield.

The Ford, which is the first aircraft carrier in its class, completed the first Full Ship Shock Trials (FSST) test late last week.

“Ford’s shock trials are being conducted off the East Coast of the United States, within a narrow schedule that complies with environmental mitigation requirements, respecting known migration patterns of marine life in the test area,” the Navy said in a statement. “The Navy also has employed extensive protocols throughout FSST to ensure the safety of military and civilian personnel participating in the testing evolution.”