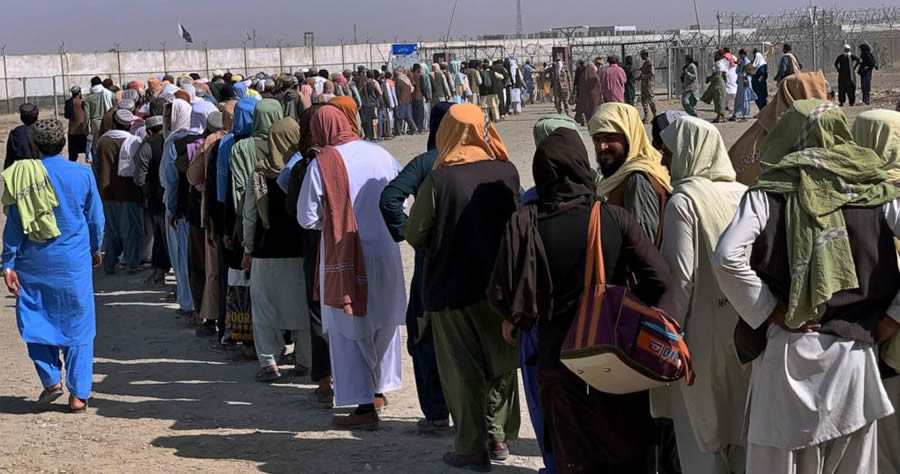 According to reports Wednesday morning, the Taliban are increasing their airport blockade and blocking Westerners from making their way to the Kabul airport.

Pentagon footage shows U.S. soldiers receiving Afghan evacuees and handing out supplies at a Kuwait airbase. 5,000 Afghans are expected to pass through Kuwait “before heading to their final destinations,” the U.S. ambassador said. pic.twitter.com/P1dEzvbsHE