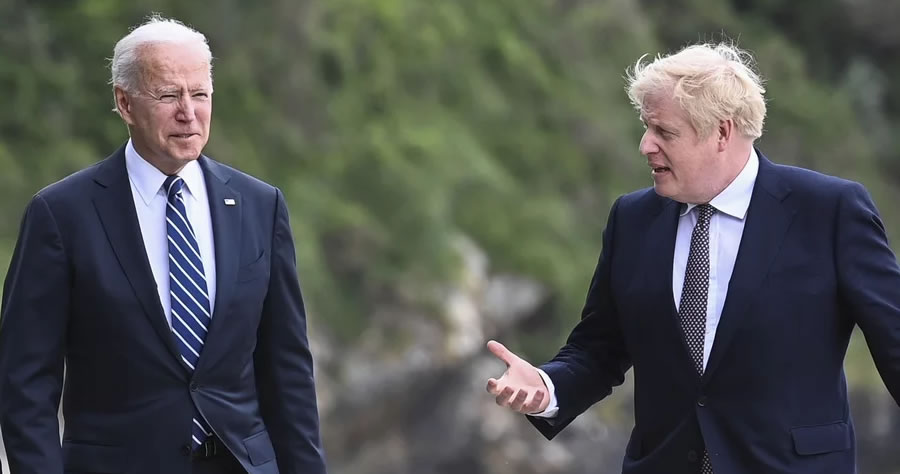 President Biden responded to questions from two reporters Johnson called on, and Johnson also made remarks after Biden’s responses. But at one point, even as the British leader still seemed to be speaking, a clamor of voices pipes up.

Reporters were shooed out of the room, which did not sit well with American journalists.