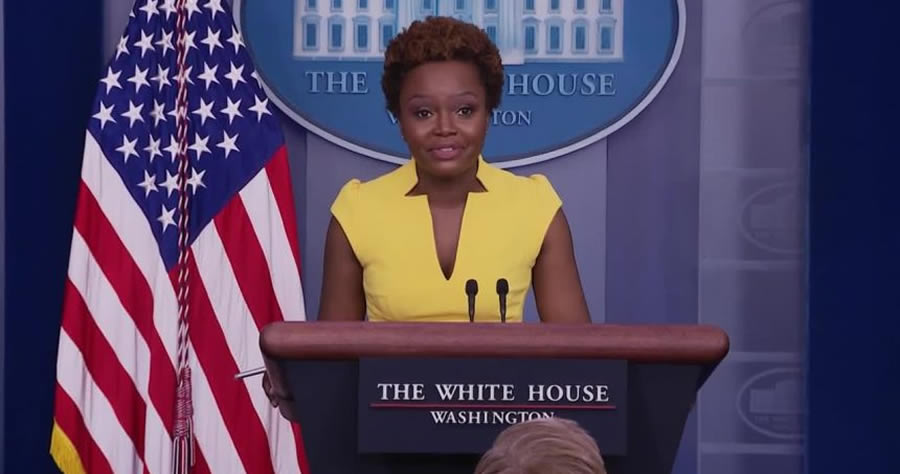 On Monday, White House Deputy Press Secretary Karine Jean-Pierre could not name anything that President Joe Biden was considering doing to help alleviate rising fuel prices across the country.

A reporter asked Jean-Pierre what else the administration could do “besides tapping the Strategic Petroleum Reserve” to combat rising gas prices.

“But just what else are you reviewing?” the reporter pressed. “Because [Energy] Secretary [Jennifer] Granholm has confirmed that is an option that’s on the table, and the President has said there are other tools that you could potentially use. So, could you just lay out what those other options are that he’s considering?”

“So I don’t — again, I don’t — I don’t have anything specific here,” she responded. “The President spoke to this recently. But he’s also asked the FTC (Federal Trade Commission) to crack down on illegal pricing. Right? That is one thing that he did on gouging in the market. And the FTC is responding. But, also, we’re going to continue to monitor the situation and have a number of tools in our arsenal. As I just mentioned, I don’t have anything specific.”

“I don’t have anything specific.” pic.twitter.com/9Rh3QKwXo0