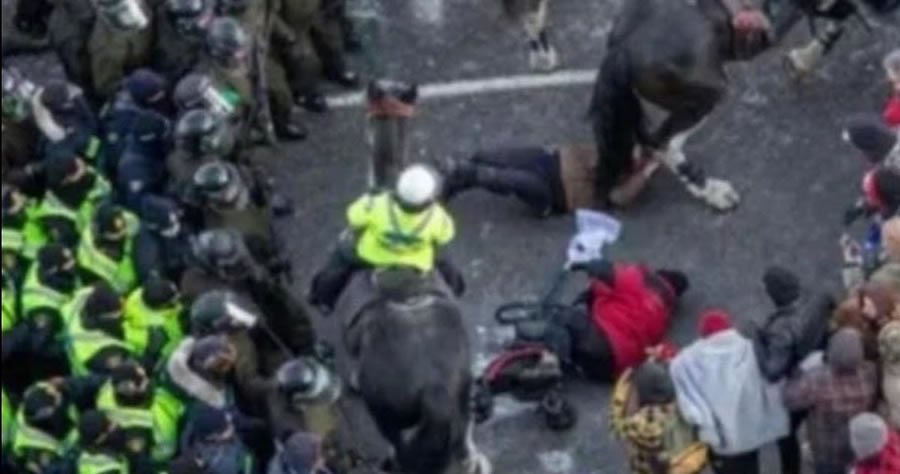 Ontario’s Special Investigations Unit (SIU), the official watchdog group for the province, said this weekend it is investigating an incident in which a mounted police officer trampled a woman on Friday during police action to break up the Freedom Convoy protest in Ottawa.

Contrary to statements from the Ottawa police, SIU confirmed the woman suffered a “serious injury” during her “interaction” with the horse.

Video of the mounted police riding through protesters and smashing a woman with a walker to the ground went viral on Friday evening, accompanied by incorrect rumors that the woman had been killed.

This is disturbing. Is the woman with the walker trampled by Mounted Unit horses alive? Is she in surgery? Has ⁦@SIUOntario⁩ been notified? Do you have any concerns or comment ⁦@OttawaPolice⁩ ⁦@JustinTrudeau⁩ ⁦@fordnation⁩ ⁦@JimWatsonOttawa⁩ – Why? pic.twitter.com/X251vZiIaq