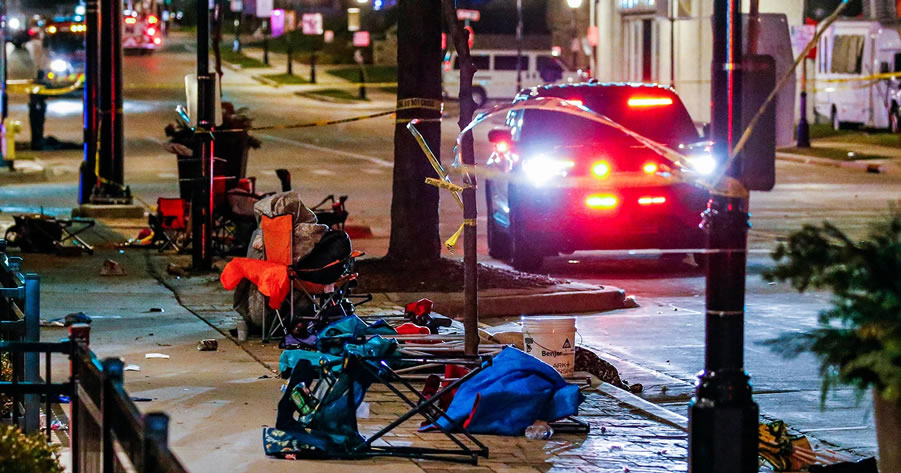 The man arrested over the deadly Christmas parade attack in Wisconsin should have been behind bars following an arrest earlier this month, but was released on an “inappropriately low” bond days before the attack, the district attorney admitted Monday.

Darrell Brooks, 39, is charged with five counts of intentional homicide over the deadly crash on Sunday in Waukesha that left five dead and at least 48 injured, police said.

Brooks was out on bond at the time of Sunday’s tragedy after he allegedly punched the mother of his child and purposefully ran her “over with his vehicle” in a Milwaukee gas station parking lot on Nov. 2, according to court documents.

He was arrested and charged that same day with resisting or obstructing an officer, reckless endangering safety, disorderly conduct, bail jumping and battery.

The Milwaukee County District Attorney’s Office said Monday it had launched an internal probe into how Brooks was given such a low bond given the seriousness of the charges and his criminal history.

“The state’s bail recommendation in this case was inappropriately low in light of the nature of the recent charges and the pending charges against Mr. Brooks,” the DA’s office said in a statement.

“This office is currently conducting an internal review of the decision to make the recent bail recommendation in this matter in order to determine the appropriate next steps.”