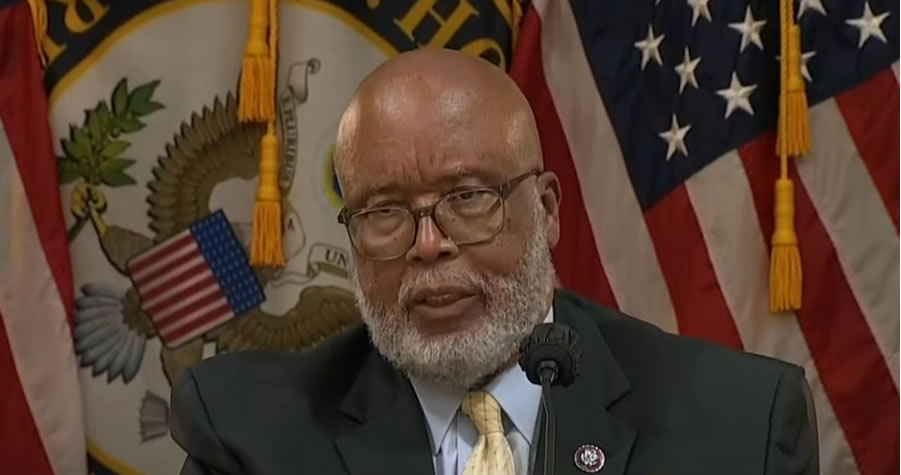 After all of the overwrought media buildup, the Nancy Pelosi production of the January 6th Select Committee hearings opened on national television on Thursday night and it didn’t take long for the race card to be whipped out.

During his opening statement, Mississippi Democrat Rep. Bennie Thompson who was picked by Madame Speaker to head up the grotesque spectacle, linked the protest at the U.S. Capitol which went badly awry, to lynching and slavery, despicable practices of a bygone era in history that cynical Democrats have shamelessly resurrected for political advantage in a modern America only six years removed from a black president who was not only elected but re-elected.

In the opening strains of a staged event that has been meticulously choreographed to the point where House Democrats hired a former ABC News executive to assist in crafting the Soviet-style show trial for maximum emotional impact, Thompson went for the jugular right off the bat.

“Over the next few weeks, hopefully, you will get to know the other members, my colleagues up here, and me, we represent a diversity of communities from all over the United States, rural areas and cities, East Coast, West Coast and the heartland,” he said.

“All of us have one thing in common. We swore the same oath. That same oath that all members of Congress take upon taking office, and afterwards, every two years that they are reelected. We swore an oath to defend the Constitution against all enemies, foreign and domestic,” a hyperbole-drenched statement to hook the suckers early on in the proceedings.

BENNIE THOMPSON lead stooge of the witch hunt-not a word about the EPIDEMIC of BLACK MEN attacking ASIANS! of ANTIFA burning cities, of BLM gangs looting cities and robbing donors

"Slavery, the Klu Klux Klan, and lynching. Things that have nothing to do with this hearing, but we want you to think about them, and associate them with our enemies. Because we think you're really, really stupid, and will believe anything we tell you."