“We’re Not Working At All Against Trump”, Says Head Of PAC Backing DeSantis’ 2024 Run 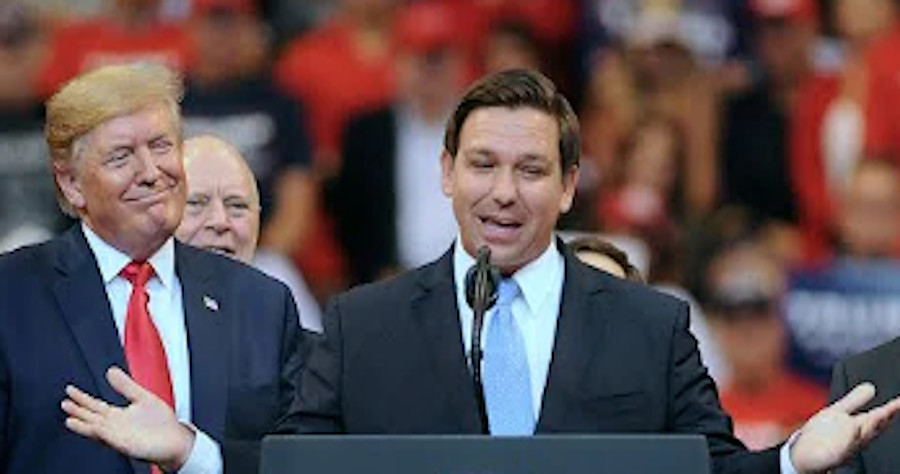 Ed Rollins, the campaign strategist behind the 1984 Reagan reelection, said Donald Trump is definitely running for the Republican nomination for president of the United States in 2024.

“The information that I’ve gotten the last several weeks is Trump is definitely running,” Rollins told The Epoch Times on June 14.

But that’s not stopping Rollin from pushing the idea that another GOP standard-bearer would make a better candidate than Trump would.

Despite the claims by Rollins that Florida’s Republican Gov. Ron DeSantis will stand down if Trump runs, the PAC Rollins created to help this potential Trump opponent secure the nomination keeps rolling so it can eventually help whoever is the nominee.

Rollins raised eyebrows several weeks ago with his launch of the “Ready for Ron” PAC, aimed at supporting the presidential candidacy of DeSantis, after Rollins ran the 2016 PAC that helped propel Trump to the presidency.

In a June 10 blast from Rollins from an address at AmericansWithDJT.com, Rollins wrote:

“Donald Trump is not running, that’s why we have to prepare for Ron DeSantis running for President if we’re going to have any shot at restoring Donald Trump’s America-First agenda and getting America back on track.”

The links in the email send readers to ReadyForRon.com.

“We’re not working at all against Trump,” Rollins told The Epoch Times

“At that point in time, I didn’t know if he [Trump] was running or not. What I’ve said since has made it clear is that he [DeSantis] won’t run against Trump,” Rollins added.

Subsequent to the statement Rollins made to The Epoch Times, another blast came from an AmericansWithDJT.com address on June 17, this one touting Elon Musk’s support of DeSantis’s nomination for president in the next election cycle. The message said:

“Fellow American- We’re ready, Elon is ready, but are YOU ready for Ron?

“If you are with us, sign the petition to Draft Ron Desantis for President!”