‘We’re screwed.’: President Biden Says “There’s Going To Be A New World Order And We’ve Got To Lead It.” [VIDEO] 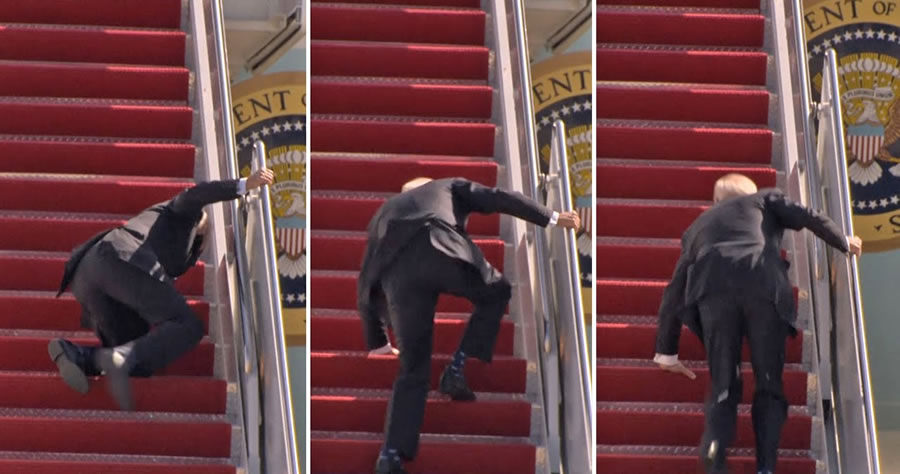 If you look up “new world order” in Wikipedia, you have your choice of two entries: the political sense of the term, or the conspiracy theory. If you’re the President of the United States, it’s perhaps best to be careful rolling out that term, but President Biden did Monday at “the Business Roundtable’s CEO quarterly meeting to discuss the United States’ response to Russia’s unprovoked and unjustified war with Ukraine and the president’s plans to lower costs for working families, create good-paying union jobs, and tackle the climate crisis.” We’re just glad we didn’t have to sit through it because we’ve already heard (and rejected) the president’s plans because they suck.

POTUS: "Now is the time where things are shifting. There's going to be a new world order out there and we've got to lead it." pic.twitter.com/BOH1VVm4Z3

Said the quiet part out loud

Mumbles is dangerous, but you already know that. We’re screwed.

Our new country is gonna be great!!

Openly talking about the NWO now.

Hard to lead the world when they won't even return your calls.

"There's going to be a new world order out there and we've got to lead it."