‘Weren’t Gonna Back Down An Inch’: Gov. DeSantis Says Disney’s Special Privileges Were A Threat To The ‘Democratic Process’ [VIDEO] 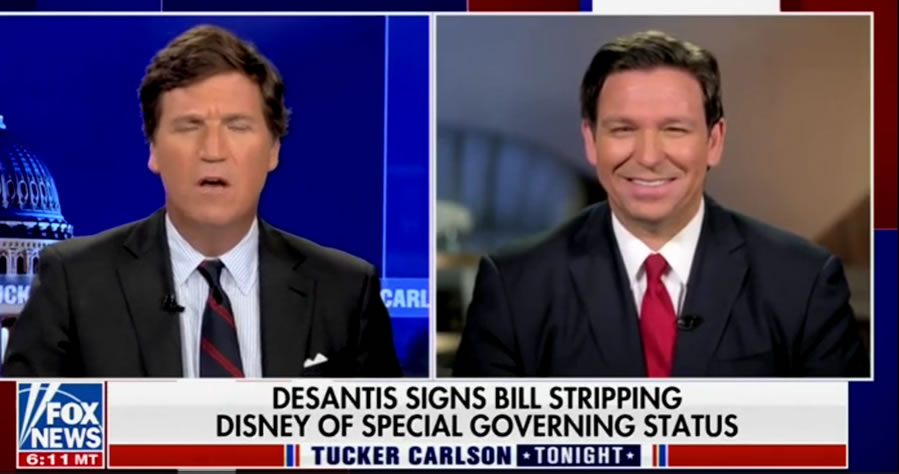 The governor signed legislation on Friday revoking Disney’s special tax status in effect through the 1967 Reedy Creek Improvement Act. Under the law, Disney had the power to regulate its taxes, land use, environmental and medical services.

“This company had a deal unlike any company or individual in all of the state of Florida, probably anywhere in the United States,” he began. “They were self-governing, they had extraordinary powers, they could build nuclear power plants, they didn’t have to go through permitting processes and obviously a lot of tax benefits. And that’s just inappropriate.”

“And it’s certainly inappropriate when you look… they pledged themselves to mobilize their considerable corporate resources out of the coffers of this Burbank, California, based corporation to overturn the rights of parents in the state of Florida – effectively commandeer our democratic process.”

The governor then pointed to leaked footage of Disney executives outlining ways to incorporate “sexuality” into their content. He said, therefore, that the decision was appropriate and that the corporation should be set to the same standard as all the other constituents of Florida.