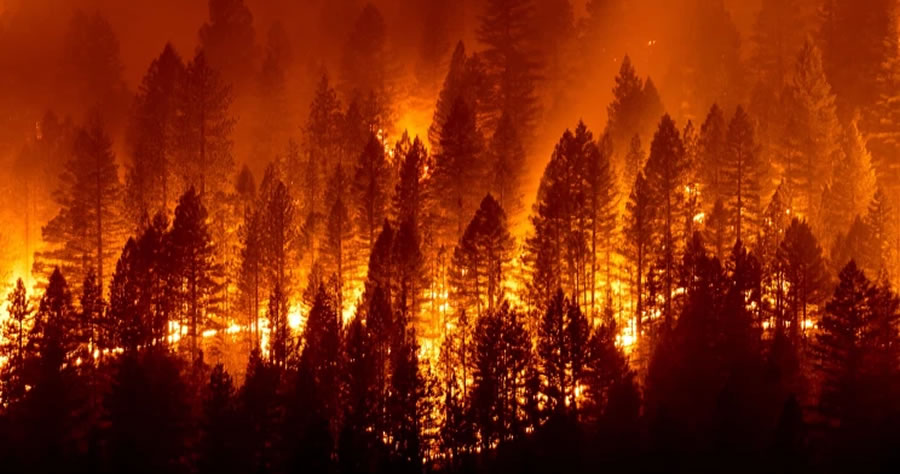 WESTWOOD, Calif. — A month-old wildfire burning through forestlands in Northern California lurched toward a small lumber town as blazes across the U.S. Western states strained resources and threatened thousands of homes with destruction.

Crews were cutting back brush and using bulldozers to build lines to keep the Dixie Fire from reaching Westwood east of Lake Almanor, not far from where the lightning-caused blaze destroyed much of the town of Greenville last week.

The entire town of about 1,700 people was placed under evacuation orders Aug. 5 as the blaze inched closer.

To the northwest, the Monument Fire — one of at least three large blazes sparked by lightning last month — continued to grow after destroying a dozen homes and threatened about 2,500 homes in a sparsely populated region. U.S. Forest Service officials said Friday that flying embers ignited spot fires as far as a mile ahead of the main blaze in the Shasta-Trinity National Forest.

They were among more than 100 large wildfires burning in a dozen Western states seared by drought and hot, bone-dry weather that has turned forests, brushlands, meadows and pastures into tinder.

The roughly 21,000 federal firefighters working on the ground is more than double the number of firefighters sent to contain forest fires at this time a year ago, and the agency is facing “critical resources limitations,” said Anthony Scardina, a deputy forester for the agency’s Pacific Southwest region.

More than 6,000 firefighters alone were battling the Dixie Fire, which has destroyed more than 1,000 homes, businesses and other structures and was the largest wildfire burning in the U.S. Its flames have ravaged more than 800 square miles — an area larger than the city of London. 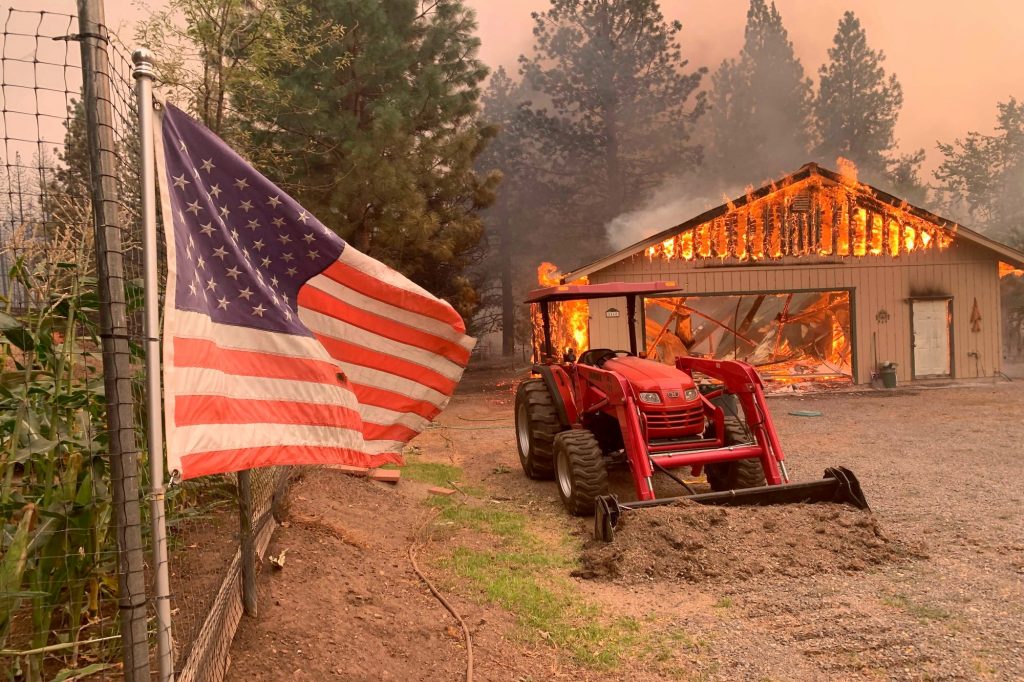 Firefighters alone continue to battle the Dixie Fire, which has demolished thousands of houses and several businesses.
AP

There also was a danger of new fires erupting because of unstable weather conditions, including a chance of thunderstorms that could bring lightning to northern California, Oregon and Nevada, according to the National Interagency Fire Center.

“Mother nature just kind of keeps throwing us obstacles our way,” said Edwin Zuniga, a spokesman with the California Department of Forestry and Fire Protection, which was working with the Forest Service to tamp out the Dixie Fire.