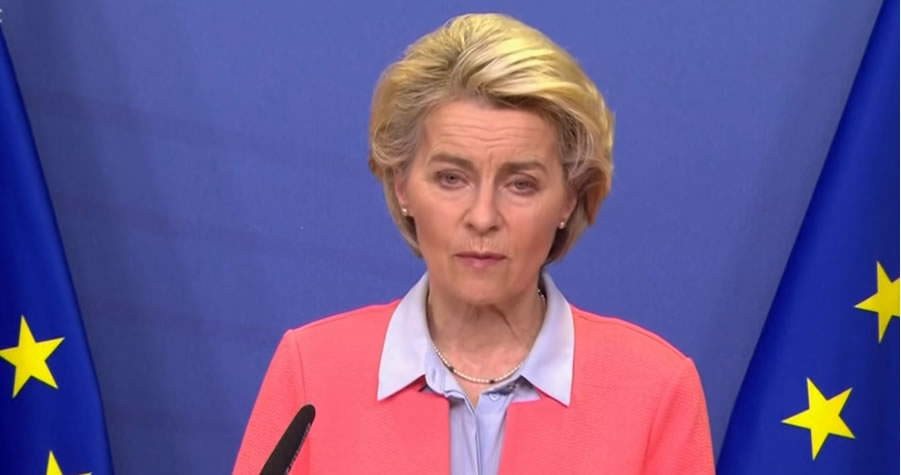 WASHINGTON (AP) — The United States and European nations agreed Saturday to impose the most potentially crippling financial penalties yet on Russia over its unrelenting invasion of Ukraine, going after the central bank reserves that underpin the Russian economy and severing some Russian banks from a vital global financial network.

The decision, announced as Ukrainian forces battled Saturday to hold Russian forces back from Ukraine’s capital and residents sheltered in subway tunnels, basements and underground garages, has potential to spread the pain of Western retaliation for President Vladimir Putin’s invasion to ordinary Russians far more than previous rounds of penalties.

“Putin embarked on a path aiming to destroy Ukraine, but what he is also doing, in fact, is destroying the future of his own country,” EU Commission President Ursula von der Leyen said.

The European Union, United States, United Kingdom and other allies have steadily stepped up the intensity of their sanctions since Russia launched the invasion late last week.

While U.S. and European officials made clear they still were working out the mechanics of how to implement the latest measures, and intend to spare Russia’s oil and natural gas exports, the sanctions in total potentially could amount to some of the toughest levied on a nation in modern times. If fully carried out as planned, the measures will severely damage the Russian economy and markedly constrain its ability to import and export goods.

The U.S. and European allies announced the moves in a joint statement as part of a new round of financial sanctions meant to “hold Russia to account and collectively ensure that this war is a strategic failure for Putin.”

The central bank restrictions target access to the more than $600 billion in reserves that the Kremlin has at its disposal, and are meant to block Russia’s ability to support the ruble as it plunges in value amid tightening Western sanctions.