West warns of possible attack at Kabul airport amid airlift 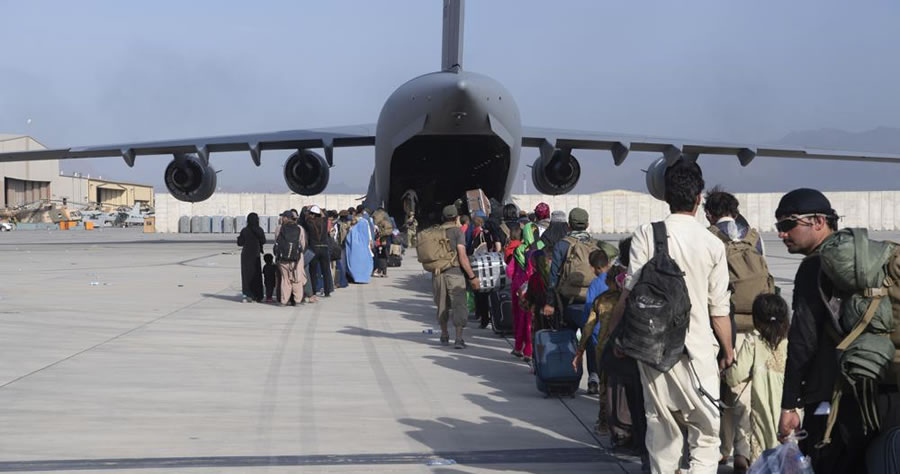 KABUL, Afghanistan (AP) — Western nations warned Thursday of a possible attack on Kabul’s airport, where thousands have flocked as they try to flee Taliban-controlled Afghanistan in the waning days of a massive airlift. Britain said an attack could come within hours.

Several countries urged people to avoid the airport, where an official said there was a threat of a suicide bombing. But just days — or even hours for some nations — before the evacuation effort ends, few appeared to heed the call.

Over the last week, the airport has been the scene of some of the most searing images of the chaotic end of America’s longest war and the Taliban’s takeover, as flight after flight landed to pull out those who fear a return to the militants’ brutal rule.

Already, some countries have ended their evacuations and begun to withdraw their soldiers and diplomats, signaling the beginning of the end of one of history’s largest airlifts. The Taliban have so far honored a pledge not to attack Western forces during the evacuation, but insist the foreign troops must be out by America’s self-imposed deadline of Aug. 31.

But overnight, new warnings emerged from Western capitals about a threat from Afghanistan’s Islamic State group affiliate, which likely has seen its ranks boosted by the Taliban’s freeing of prisoners during their blitz across the country.

British Armed Forces Minister James Heappey told the BBC on Thursday there was ”very, very credible reporting of an imminent attack” at the airport, possibly within “hours.”

Heappey conceded that people are desperate to leave and “there is an appetite by many in the queue to take their chances, but the reporting of this threat is very credible indeed and there is a real imminence to it.”

“There is every chance that as further reporting comes in, we may be able to change the advice again and process people anew, but there’s no guarantee of that,” he added.

Late Wednesday, the U.S. Embassy warned citizens at three airport gates to leave immediately due to an unspecified security threat. Australia, Britain and New Zealand also advised their citizens Thursday not to go to the airport, with Australia’s foreign minister saying there was a “very high threat of a terrorist attack.”

Taliban spokesman Zabihullah Mujahid denied that any attack was imminent. “It’s not correct,” he wrote in a text message after being asked about the warnings. He did not elaborate.