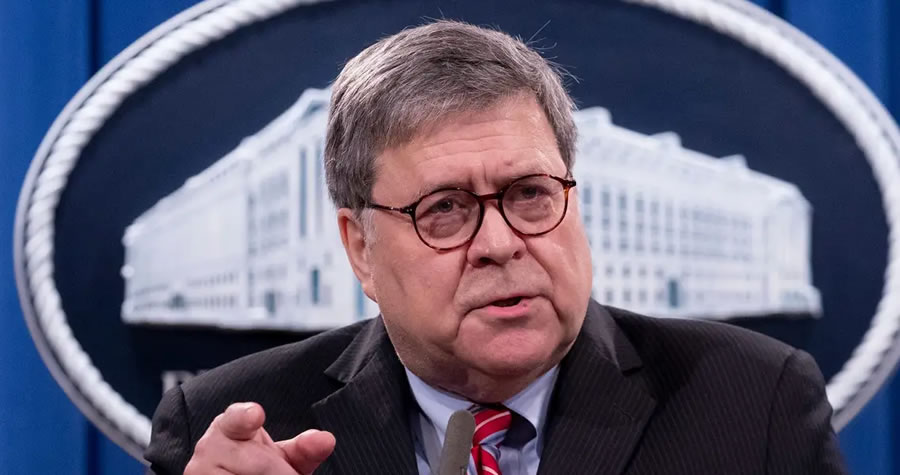 Former Attorney General William Barr did not mince words when talking about Joe Biden. He went so far as to say the Delaware Democrat’s 2020 debate performances shocked and disturbed him because he knew he was outright lying to the American people. He was referring to Hunter Biden’s laptop which has now finally been recognized as a real story, not Russian disinformation by the liberal media. Of course, this revelation comes after the 2020 election. The New York Post was censored for writing a story about this laptop after they obtained a copy of its hard drive in October of 2020.

The media did their part to lie for Joe Biden to clinch an election. Now, they’re admitting that we were right all along. It’s not enough to be right anymore. You must win. Do I dare say at all costs? We’re rapidly approaching that moment.

Barr had refused to speak with Trump about Hunter Biden in the last months of his administration but was shocked and disturbed that Biden so brazenly lied on television about this laptop during one of the debates (via Fox News):

The New York Times recently confirmed the legitimacy of the laptop, breaking with the media’s earlier position that the laptop and its contents were “unverifiable” and the product of a “Russian disinformation campaign.”

“America Reports” co-host John Roberts asked Barr where the Department of Justice (DOJ) investigation into the laptop could be headed, giving mention to a heated exchange between Barr and Trump referenced in the former attorney general’s book “One Damn Thing After Another.”