What are they hiding? US Sentencing Commission refuses to release records of Biden’s SCOTUS nominee 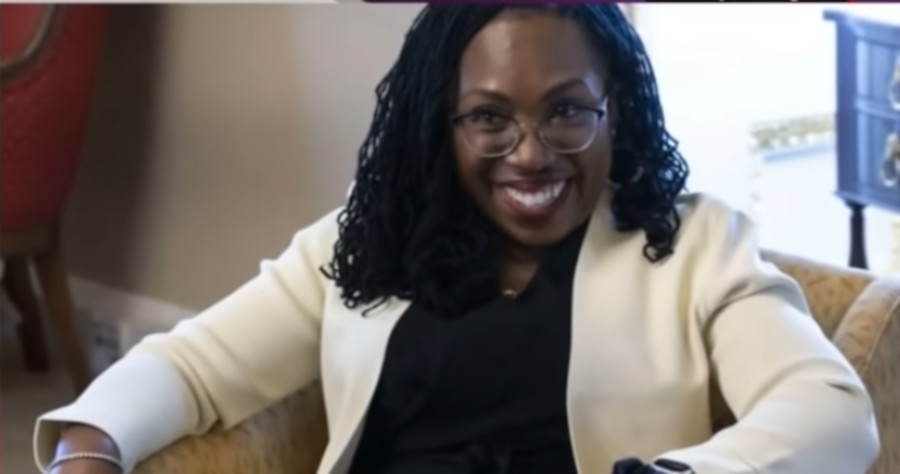 Biden Supreme Court nominee Ketanji Brown Jackson is a radical by any definition of the word. Despite that, Democrats and their bootlickers in the mainstream are trying to paint her as a just to the left-of-center kind of moderate.

With that in mind, one must wonder why Republicans on the Senate Judiciary Committee are having problems getting information about Jackson’s tenure at the U.S. Sentencing Commission.

The irony in all of this is that senate Democrats, led by Senate Judiciary Committee Chairman Dick Durbin (R-IL) signed a so-called “Sunshine Week” letter to Comptroller General Gene Dodaro advising him that the Freedom of Information Act (FOIA) “is crucial for ensuring transparency and accountability in government, but persistent challenges continue to limit citizens’ ability to access information under the statute,” the Epoch Times reports.

For those not so informed, Sunshine Week is an annual “celebration” of the FOIA by journalists, transparency advocates, and some elected officials.

Durbin and others who signed the declaration asked Dodaro, who heads the Government Accountability Office (GAO) to look into why there is a significant backlog of unanswered FOIA requests at federal agencies.

Perhaps, he can start with one made by Sen. Charles Grassley (R-Iowa), the ranking Republican on the judiciary panel.

On day one of Jackson’s Supreme Court confirmation hearings, Grassley complained that it isn’t just private citizens who are having trouble getting government agencies to produce official documents required under FOIA to be made public.

In this case, Grassley has made a number of requests to the U.S. Sentencing Commission for public documents created while Jackson served as vice-chair on the commission, documents which would unmask her legal reasoning. Grassley, by the way, was one of those who signed the Sunshine Letter along with Durbin.

“I was disappointed we weren’t able to get bipartisan agreement to ask for Judge Jackson’s documents from her time as Vice Chair of the Sentencing Commission,” Grassley said in his opening remarks at the Monday hearing.

“The commission is an independent agency created to ‘advise and assist Congress and the executive branch in the development of effective and efficient crime policy.’ Unfortunately, it sounds like we’ll have to wait until those documents are required to be released—20 years from now,” Grassley complained.

Jackson served as vice-chairman for four years with the commission prior to being named to the federal bench as a U.S. Circuit Court Judge in 2021. She served as a U.S. District Judge from 2013 to 2021.

Grassley tried to gain Durbin’s assistance in efforts to obtain the documents, but was not successful. It’s almost as if they are trying to hide something. Epoch Times said they reached out to Durbin’s committee spokesperson, Emily Hampsten, who couldn’t be reached for comment.

Grassley noted that everyone on the judiciary committee agrees on  the importance of Brown Jackson’s service on the commission, so it is clear the documents are a necessary component of the confirmation process

“Democrats have argued her time on the commission is an important part of Judge Jackson’s experience that she’ll draw on as a judge. They’re right. That’s why it would’ve been good to see what her views are,” Grassley said.

In touting Jackson’s experience on the commission, Durbin described that as a key reason he looks at her as a “jurist who understands the importance of pragmatism and real-world experience.”

The committee was told by commission officials that the documents which were produced didn’t specifically show the views Jackson held in any particular case, Grassley said.

In contrast to what is going on in this particular case, a nomination to the highest court in the land, when Obama nominated Jackson to be a federal court judge over 68,000 documents were furnished to the judiciary panel.

“But more than 38,000 pages are repeated copies of an email thread keeping track of tweets about the Garland nomination. Those emails contain one tweet about Judge Jackson. More than 13,000 pages are just lists of previous nominations,” Grassley said.

The senator added that the Biden administration has hidden an estimated 48,000 documents “under the Presidential Records Act and FOIA exemptions. That’s a lot of hiding.”

Durbin claims to be an advocate of greater transparency and openness on the high court, but apparently only when it suits partisan needs. He has co-sponsored legislation currently before the Senate requiring the Supreme Court to allow video cameras to record and broadcast proceedings. Separation of powers, anyone?

“The bipartisan ‘Cameras in the Courtroom Act’ would require the Supreme Court to permit television coverage of all open sessions of the Court, unless the Court decides, by a majority vote of the Justices, that doing so would constitute a violation of the due process rights of one or more of the parties before the Court,” Durbin said in a statement dated March 18.

“It’s time to put cameras in the Supreme Court so Americans can finally see deliberations and rulings on cases, which will affect them for generations to come. This bipartisan bill shines a light into the Judicial Branch of government so more than just a few hundred lucky Americans can watch proceedings in the Court’s historic halls,” Durbin said.

“Today’s bill introduction coincides with ‘Sunshine Week,’ a national initiative aimed at promoting a dialogue about the importance of open government and freedom of information,” Durbin said.