What Is Crony Capitalism? AOC Certainly Knows… And It Isn’t Real Capitalism 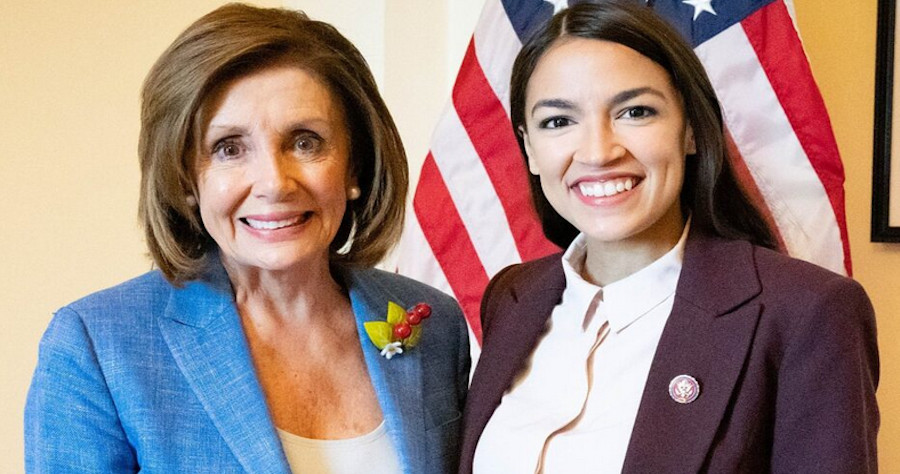 In 2019, Alexandria Ocasio-Cortez said that, “To me, capitalism is irredeemable.” She’s alarmed that the rich are getting richer (I notice she drives a Tesla now) while the middle class and poor are being left behind. Oh, and capitalism is destroying the planet too. The Earth is currently scheduled for termination in 2032 according to Cortez. There’s no need to worry. The world isn’t really going to end. It’s just going to seem that way to Sandy and the squad, as that’ll be the year that Ron DeSantis wins his second term in office.

Personally, I think Cortez is confusing crony capitalism for actual capitalism. But then she does only have a bachelor’s degree in economics – maybe one learns the difference in post-graduate work at Boston University. But you’d think she would know better than to push socialism. Unfortunately, she’s actually a member of the Democratic Socialists of America. College at Boston U must have been more about partying than learning. I guess that explains why she became a bartender after graduating.

The reality is that while Cortez and her fellow Democrats are dumping on capitalism, they’re actually practicing crony capitalism. According to the Oxford Languages dictionary, crony capitalism is:

Sounds productive, no?  So, who benefits from it?  Business leaders and government officials, that’s who.  Notice who doesn’t benefit from it – anyone else, especially working-class Americans.

Although they don’t call it that, crony capitalism has become standard operating procedure for our political masters.  The leaders of big business have become masters at leveraging it.  They dress it up with words that sound good, but one needs to only look at who gains and who loses to see the truth.  So, let’s take a look at the winners and losers.

Earlier this century we were told that GM was too big to fail – even though it was in fact failing.  Reorganization under bankruptcy is so middle class.  So, the leaders of GM dialed up their partners in Washington and they fixed it with a massive federal bailout.  So, who benefitted?

The unions benefitted.  I’m sure the fact that they are huge donors to the Democrats didn’t affect the decision.  The GM executives also benefitted.  In fact, they gave themselves huge bonuses, with tax payer money, for saving the company.  The Democrats also benefitted, and not just from the union donations.  Remember Biden on the campaign trail, “Bin Laden is dead and GM is alive.”  He got a lot of mileage from that.

But who was hurt?  Anyone that invested in GM bonds was hurt – many of whom had invested their retirement accounts.  They saw their retirement investments swept away by the stroke of Barack Obama’s pen.  Anyone that drives a Ford (or any other non-GM model) was also hurt.  If you pull up to a bright shiny new Chevy in your Ford, know that you helped pay for the Chevy, but nobody helped you pay for your car.

The Democrats have been screaming that the end of the world is only 10 years away, for about 30 years now. They had to save the planet by pushing Americans to buy electric cars, which nobody could afford. That was an easy government fix – just subsidize the purchase of electric cars.

Who benefitted from that? Anyone that could afford to spend over $60,000 on a novelty car, which can’t be driven cross country, and for which few charging stations exist. Politicians got their campaign contributions for supporting green initiatives. People who produce electric cars found that they’re much more competitive with a federal subsidy. Even China benefitted. They provide most of the rare earth materials needed to build all of those batteries.

Who was hurt?  Anyone that can’t afford to buy a $60,000 novelty car, even with a subsidy.  Even though they still can’t afford one, their taxes are helping the well-healed buy theirs.  They’re not just paying Cortez’s salary, they also helped her buy her Tesla.

The environment is also a huge loser from this planet saving initiative.  The dirty little secret is that cars that don’t run on gasoline, actually run on coal, natural gas, and nuclear power.  When they’re charged, 80% of the electricity they use comes from coal, natural gas, or nuclear.

The mining of materials and production of the batteries used in those electric cars have also created vast wastelands in the environment.  But those holes in the ground and toxic waste dumps are all out of sight in China, so AOC and the squad can keep virtue signaling with a happy face.

Drastic government action was needed to respond the COVID pandemic.  We would have had bodies in the street had the politicians not kept the big stores open and closed everything else.

Who benefitted?  The profits of the big-box stores soared.  Amazon is reported to have added over 670,000 employees during the pandemic to meet the online demand.

Who was hurt?  All of the small businesses who have been shuttered by the pandemic.  Months of paying expenses with no income coming in, forced many of them to close forever.  The very people that Cortez claims to care the most about, lost their businesses and their life saving.

These are just a few examples.  We could also talk about how Obamacare benefitted the insurance companies, vaccine mandates benefitted the pharmaceutical companies, or how eliminating the property tax deduction ceiling forces the middle-class to help the upper-class pay for their mansions.

Do you notice a pattern as to who benefits from crony capitalism?  It’s the ultra-rich that run the mega-companies or live extravagant lifestyles.  It’s big government Democrats who gain power through expansion of government reach into our lives.

Who always loses?  The very people that Cortez pretends to care about.  The poor and middle class.  Success is no longer dependent on innovation and hard work.  Now it depends on the ability to overcome the advantages that our government leaders are giving their political partners.

Let me use a hypothetical to put crony capitalism in terms our economist/bartender can understand.  Let’s require people coming to her bar to provide proof of their income.  Last year’s 1040 will do nicely.  Those with a six-figure income (or above) get a blue wrist band.  Everybody else gets a red wrist band.  Those with the blue band get a 30% discount on their drinks for the night.  Everybody else pays full price.  Of course, that means the red bands are subsidizing the blue band’s night out on the town.  At the end of the night, the blue bands give a healthy tip to the bartender as thanks for their discount.  Everybody wins, except the red bands.

I’m guessing the average Bronx bartender will see right away that this isn’t fair.  So why doesn’t a socialist bartender, with a degree in economics get it?  Was something lacking in her economics training?  Or is she actually more committed to socialism than the welfare of Americans?