WHAT?? Liberal Blowhard Whoopi Goldberg Says “My Doctor, Myself, And My Child” Get To Decide On Abortion 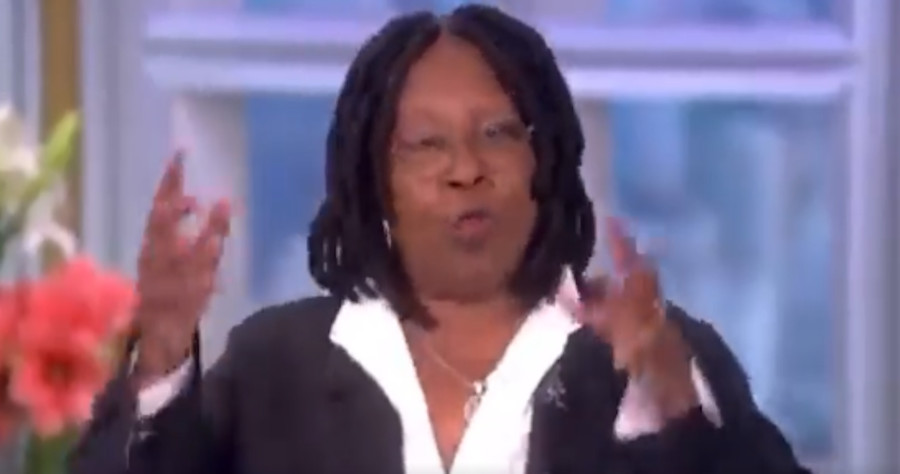 Whoopi Goldberg has no shortage of idiotic, inflammatory takes on ‘The View.’ Just two months ago, she was suspended for calling the holocaust ‘white on white’ violence, denying the existence of Jewish people as a unique ethnic group, and minimizing their suffering. Goldberg later gave a weak apology and defended her statements on the show after her return.

Earlier today, she took her stupidity to new heights by saying that the decision to make an abortion is between ‘A doctor, myself, and my child.’

Whoopi on who makes the decision to have an abortion: “My doctor, myself and my child!” pic.twitter.com/YaascCCDnb

“I will tell you, this is my body, and you got people telling me, I got to wear a mask or don’t wear a mask or do this.  Everybody wants to tell me what to do, but you won’t let me make my decision about my body.  You are not the person to make that decision.  My doctor, and myself, and my child, that’s who makes the decision.”

A child in the womb gets a choice in being aborted?

Whoopi’s stance on masks isn’t consistent with what she was saying as early as January of this year.  When liberal late-night host Bill  Maher criticized liberals for wanting to keep mask mandates in place, Goldberg and her colleagues on The View came after him.

“This is not—nobody wants this,” Goldberg explained. “I don’t want it, and I think he’s forgetting that people are still at risk who cannot get vaccinated, people who can’t. Little kids under the age of five or people with health conditions. How dare you be so flippant, man?” She said.

Goldberg gets paid $5 Million a year for her gig at The View.  She may very well be the highest paid court jester in world history.