What Matthew Stafford’s contract extension means for Rams future, how it stacks up against top-paid NFL QBs 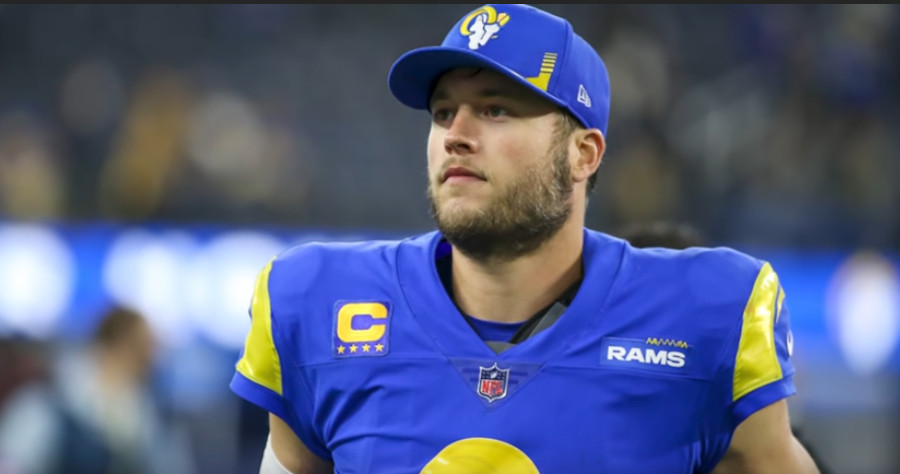 With the quarterback contract market completely out of control, the Los Angeles Rams have reportedly locked down Matthew Stafford for the next four years, at a (relative) discount. Per Ian Rapoport, the contract is effectively a 3-year extension worth $129 million, with years added on to help manage his cap hit. In other words, Les Snead has worked some funny money into the deal to make it $43 million per year.

More specifics on Matthew Stafford’s extension: It’s effectively a 3-year extension worth $129M — $43M a year. There are added years for cap purposes. But $43M over the next 3 of the deal. And Stafford took less than he could’ve to help build on a Super Bowl-caliber team. https://t.co/ZTI3EWtgF0

Where does Stafford rank among quarterbacks in salary?

Stafford currently ranks eighth all-time in career earnings at $239 million. He will rise up that ladder with his recent extension as he will pass retired QBs in Philip Rivers, Peyton Manning, Ben Rothelisberger and Drew Brees.

This deal will reportedly lower Stafford’s cap hit from the $23 million he was slated to have in 2022. The Rams must have renegotiated the deal with someone else in mind for free agency, having already signed receiver Allen Robinson and left tackle Joe Noteboom to contracts. Za’Darius Smith and Bobby Wagner are two of the biggest names left on the market, although it Smith is looking for a Chandler Jones-sized contract that remains unlikely for Los Angeles.
There’s also the matter of Odell Beckham Jr., although the Rams already have a bevy of receivers on the roster. It’s hard to imagine them negotiating too much with Beckham, particularly with Stafford already locked up. With that being said, Aaron Donald’s future in the NFL remains in the balance, and the Rams failing to sign Von Miller may have the front office feeling the pressure to bring back at least one of the players Donald cited as weighing in his decision to retire or not, regardless of need.
What are Stafford’s career earnings?

While it often doesn’t work this way, Stafford was in a position to take a pay-cut. Should he play out this contract, his career earnings would be $422 million. Stafford currently ranks eighth all-time in career earnings at $246 million. He will rise up that ladder with his recent extension, set to pass retired QBs in Philip Rivers, Peyton Manning, Ben Rothelisberger and Drew Brees with his recent extension.

Will Stafford play out the full deal?

This deal seems primed to let Stafford finish his career our in Los Angeles. The quarterback has been bruised and battered throughout his career, and it’s hard to imagine him playing until he’s 40. Stafford will be 39 at the time this contract expires, so whether or not he plays out the entire thing it’s clear that he wants to give the Rams room to build a competitor around him for as long as he’s in L.A.