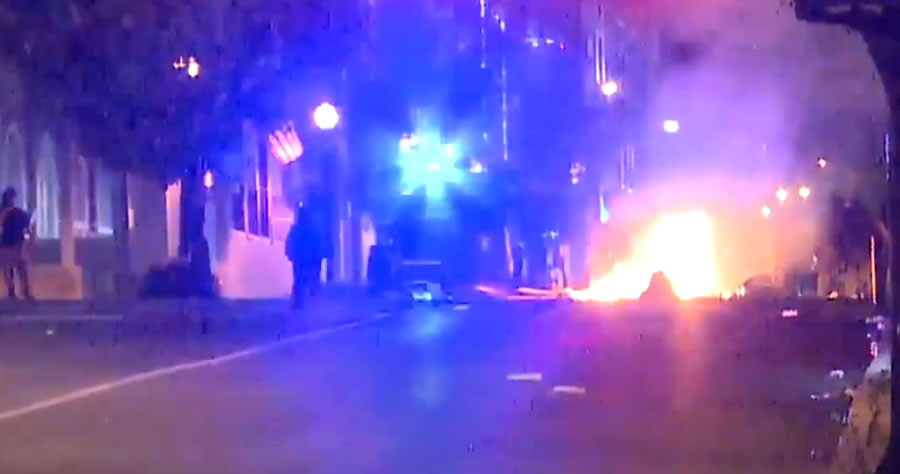 “When a city like Dallas, one of the largest cities in America, is taking something small very seriously, this means that the intelligence community and law enforcement know something, That I think we all know, is that planned. And sustained violence is very possible and probable in our near future.

These could be the worst riots we’ve seen in history. I’m not gaslighting to then say it will happen. God forbid it. I hope that it that it does not happen. I hope that cities do take control. But when this deliberation happens if we do not have national guard deployed in every major city in the United States, that’s going to be a red flag.

And then secondly when we’ve seen things like in Lancaster Pennsylvania and Rochester, it is not violence is not sustained just in large cities, middle cities, midtowns around America, brace yourselves.

Call your city council members. Call your Congressmen. Ask them make sure that they know what potentially could happen and protect your community. Let them know the importance of preparing and bracing for what may be in our near future and play your part.

Don’t just let your city burn. Don’t just let your town fall. Make sure that your people in office are aware because they may not be getting the same sources you have. They may be also Democrat and they may be listening to the mainstream media. Let your politicians know to prepare your cities for the possibility of very very bad chaotic violence after the deliberations of the Chauvin trial.”