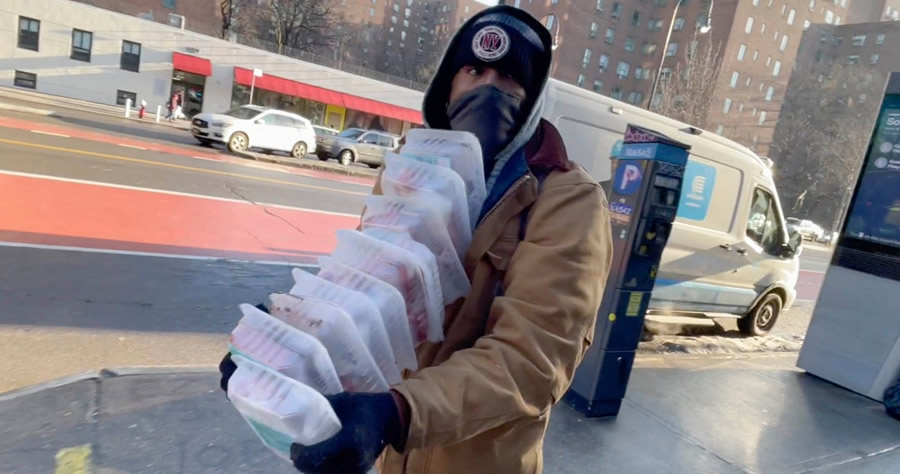 A man was caught on Post video allegedly brazenly swiping about a dozen steaks from a Manhattan Trader Joe’s on Tuesday morning.

The suspect — now wanted by cops — was at the grocery store’s East 14th Street location around 8:30 a.m. when he was caught on footage strolling out the door with 10 packages of meat piled up in his arms.

Two helpless Trader Joe’s staffers had followed the man up an escalator leading to the store’s exit but only stopped him from taking a shopping basket outside – not the meat, the video shows.

“They basically just tell us not to do anything, just let them go,” a Trader Joe’s worker, who spoke on the condition of anonymity, later explained to The Post.

“We get in trouble if we do anything… It don’t bother me, I’ve been working here for two years, I see it happen everyday. After a while, you just don’t care.”