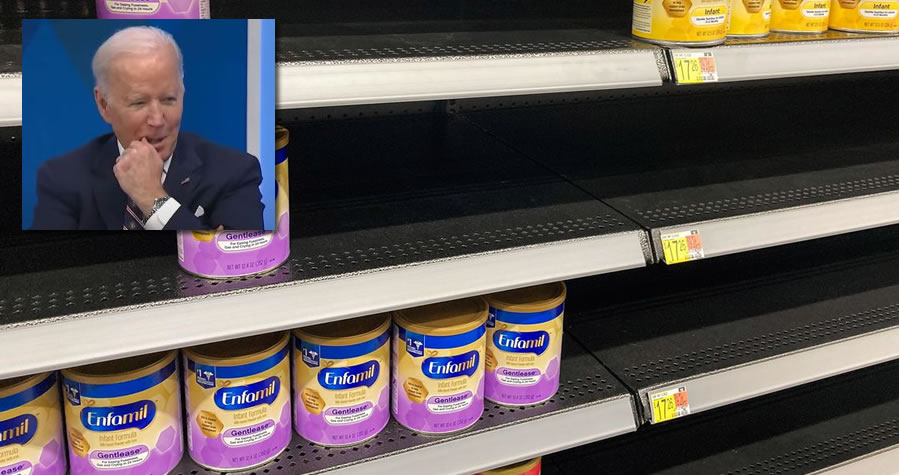 The White House claimed President Joe Biden’s administration made the baby formula shortage crisis a top priority as early as February, even though the president claimed ignorance of the problem on Thursday.

“This is something he is focusing on very acutely and again I said 24/7 we’ve been working on this since we have learned about this back in February,” White House press secretary Karine Jean-Pierre said during the daily briefing about Biden, calling the issue “one of the presidents top priorities.”

Biden bristled when asked by reporters on Friday if he could have acted sooner to fix the crisis.

“If we had been better mind readers, I guess we could’ve, but we moved as the problem became apparent to us,” Biden said.

The president did not even personally mention the crisis until Friday, despite weeks of reports highlighting the problem.

“I’ll answer the baby formula question because, all of a sudden, it’s on the front page of every newspaper,” Biden grumbled on Friday.

He announced the launch of a new government website to help parents locate baby formula in stores, but it was beset by extremely long hold times and unhelpful information.

Jean-Pierre alluded to a comment from Health and Human Services Secretary Xavier Bacerra claiming the Biden administration had been working on the issue since February and even as early as last year in 2021.

CNN: "You are satisfied with the government's response throughout [the baby formula shortage]?"

HHS Sec. Xavier Becerra: "FDA has kept me apprised of this from LAST YEAR. We have been moving as quickly as we can" pic.twitter.com/5WRZa5chYg

“You’ve heard us talk about this, you’ve heard colleagues talking about what we have done since February,” Jean-Pierre said. “We’ve been working on this 24/7.”

Jean-Pierre refused to offer a timeline for when supplies of baby formula would return to normal.

“What I can say is there are a lot of dates floating around out there,” she said.