White House Responds To Disinfo Board Being ‘Paused’ [VIDEO] 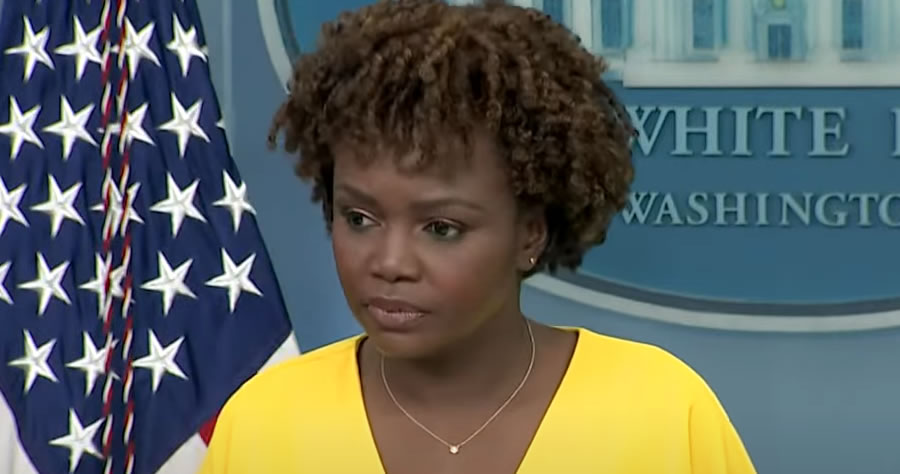 “DHS said today that they will be pausing the Disinformation Governance Board. Did the White House play a role at all in expressing frustration at how it was rolled out, or express any involvement in whether or not it should be paused?” a reporter asked Jean-Pierre during the press briefing, adding that “some experts have said it was set up to fail the way it was rolled out.”

“The board has never convened,” Jean-Pierre responded. “Yes, the board is pausing, in the sense that it will not convene” while it is being assessed, she said.

The Biden administration will continue to battle disinformation during the pause, she continued, adding that Nina Jankowicz, who has resigned from the board, has a “history of calling out misinformation” and “strong credentials.”

DHS shut the board down Monday Jankowicz drafted a resignation letter Tuesday, according to the Washington Post.

“Neither Nina Jankowicz nor the board have anything to do with the censorship, or with removing content from anywhere. Their role is to ensure that national security officials are updated on how misinformation is affecting the threat environment,” Jean-Pierre said.

“Did the White House play a role at all in the pause or what should happen with the board?” the reporter pressed Jean-Pierre.

“No… we did not have involvement in this at all,” Jean-Pierre said.